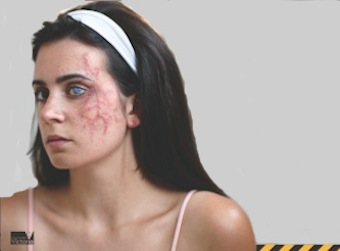 WorkSafe Victoria has launched a new campaign aimed at young workers. It tells the stories of two workers who are left disfigured by workplace accidents.

The campaign, created by Grey Melbourne, features TV commercials that follow the lives of two young workers after they have suffered serious injuries at work.

The spots feature the tag line, ‘If you’re not sure, ask’, and show graphic images of the workplace accidents happening and the aftermath of the injuries sustained by the workers. The ads also focus on how other people react to their disfigurement, and how the victims see themselves.

Both television ads were due to launch last night, and the campaign will also include radio, outdoor, digital and social media activity.

The first story features a woman working in a kitchen, who hesitates before lifting a large container of poison. The poison splashes onto her face, leaving her with scarring to her face and eye.

The second story features a young man, who loses his arm when he reaches into a paper-cutting machine.

The advertisements are based on research that identified showing the potential life-long consequences of not asking was very confronting and thought-provoking for young people.

Tags:
Previous Article
Tom Waterhouse to dramatically cut back on advertising from tonight
Next Article
Street wear entrepreneur Johnny Cupcakes on how his brand became a cult