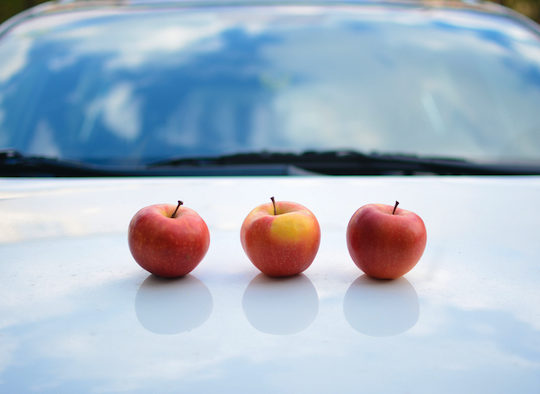 Apple has recruited “several hundred employees” to secretly design an electric car, according to “people familiar with the matter”, the Wall Street Journal is reporting.

The rumour comes almost exactly one year after speculation that Apple had met with Tesla founder Elon Musk to talk acquisitions and partnerships.

Musk admitted to Bloomberg that he had “had conversations” with Apple, but refused to reveal whether those centred around acquisitions. He added that it was “very unlikely” that Tesla would sign an acquisition deal because it may cause the company to lose focus.

If the WSJ sources are correct, it appears that Apple has since decided to go it alone, setting up its own electric vehicle research and development department in Silicon Valley.

Jungwirth says on LinkedIn that his new role involves “focusing on building great Mac products” but his background is suspiciously strong in automotive.

Since 1997 all of his roles posted to his profile are with Daimler and Mercedes-Benz, including in research and development of connected cars, autonomous driving and virtual driving instruction edrive.

Also in September, Apple hired designer Marc Newson, presumably to draw on his extensive watch design experience to work on the Apple Watch. But Newson also has experience designing for Ford.

Also worth noting is that Apple vice president Steve Zadesky, who helped develop the first iPod and iPhone, spent three years as a Ford engineer before joining Apple 16 years ago.

Despite the possibility that Apple could end up not going to market with an electric vehicle and instead using its learnings to improve and develop other products, WSJ says: “the size of the project team and the senior people involved indicate that the company is serious, these people said”.

In a September interview with US interviewer Charlie Rose following Apple’s iPhone 6 and Apple Watch product announcements, Apple CEO Tim Cook revealed the company was working secretly on products that had not “been rumored about yet”.