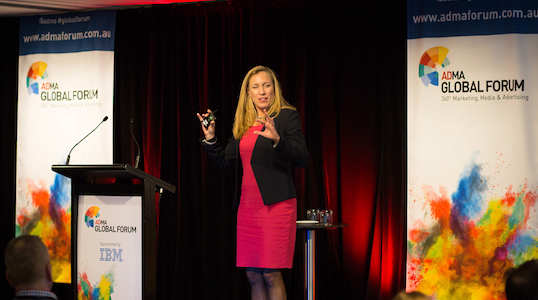 Entering the Australian cruise market was not exactly smooth sailing for Carnival Cruises when it arrived from the US in 2010. Jennifer Vandekreeke, vice president, Australia says they found that “although Australia is probably only about 5 to 10% different from the United States but that is a very, very important 5 to 10%”.

Vandekreeke was speaking about “the Aussification of an American brand” at the ADMA Global Forum in Sydney last week.

So Carnival Cruises brought the brand to Australia. But their research showed that Australians needed to be convinced that cruising was a family holiday. It wasn’t even on most Australian families’ radar. They didn’t consider a cruise as a holiday they could take the kids on.

“I couldn’t believe it. We have kids clubs open until 3am in the morning, so I had to change the perception and that a cruise was a fantastic family holiday,” she says.

Another thing they discovered was that Australians don’t like to give negative feedback.

“If you’ve ever been to New York there is an ‘instant negative feedback loop,’ that doesn’t exist here’,” she says. The cruise line had to start asking Australians what they wanted and how the experience could be improved for them.

One of the major differences Carnival Cruises found out about Australia was that the “slip, slop, slap” campaign of sun protection in Australia all those years ago really worked. Unlike their North American counterparts, Australians for the most part don’t want to lounge around in the sun. On their first cruise in the Australian market, Vandekreeke said “we ran out of sunscreen, we ran out of rashies, we ran out of hats,” and they also found Aussies’ taste in food was significantly different.

The company had to make a lot of changes. They changed the menus, arugula became rocket, peppers became capsicums, shrimp became prawns. And before Carnival Cruises came into Australia Vandekreeke said they had never served lamb in the history of the world on their ships. They also added Barramundi from the Sydney Fish Markets and more healthy desserts.

The biggest variation the company found in terms of food and beverages was that Australians love good coffee – not that American stuff that goes by the same name.

“The biggest deal was the coffee. We changed the machines, we changed the beans, we got baristas trained, we worked very hard to make sure we got that coffee right,” says Vandekreeke.

Vandekreeke stresses that although there is opportunity out there, “you need to focus on growing the entire pie, not just your slice of it.”