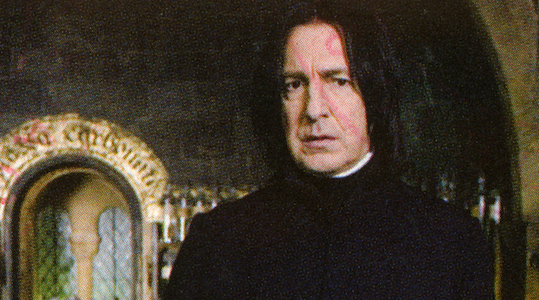 Next time you ask your agency for viral ideas, Rob Morrison warns you may be meddling in the dark arts.

First a confession. I’m not a religious person – never have been. But there have been times in my life when “the stars have aligned” in unexplainable ways.

Here’s a quick example: I was starting second year of a B.Comm at UNSW and was hugely underwhelmed by my first couple of Marketing lectures. I was starting to wobble on if this was the career for me. Coincidentally, in second year, we had to do a subject outside the Commerce faculty. So I’ve sat down in a lecture hall, thinking I was about to be taught flower-arranging or chocolate-assessment or something.

I was in the wrong room, he wasn’t. I’d randomly stumbled into the first lecture for third year marketing. Prof Holmes was brilliant.

“Create a better mousetrap and the world will beat a path to your door,” he began. What followed was an anecdote about an inventor who had, indeed, created a better mousetrap but went broke. He’d focused wholly on the function (i.e. killing mice) and forgot everything else consumers were buying (ease of use, cost, disposability).

I was reminded of that moment recently when attending the ‘Serial’ lecture at the Cannes Festival of Creativity. Sarah Koenig, Dana Chivvas and Julie Snyder are the team that created content so compelling it got over 90 million people to download a Podcast.

You read that right. 90 million. And a podcast.

A quick plug if you haven’t discovered it yet: Serial is a documentary radio show about a contentious murder in Baltimore in 1999. Sarah and her team use ‘theatre of the mind’ techniques to recreate parts of the story. They play the original police interview tapes. You hear phone conversations between Sarah and the still incarcerated prime suspect. None of which would have worked nearly as well on television. It’s free on iTunes if you’re game. But I warn you, it’s addictive.

Back to the grand auditorium at Cannes…

I was fascinated to hear how Sarah, Dana and Lisa did it. How do you take a documentary, in a tired old medium, and make it go global? That’s got to be the toughest brief in history, right? And their answer. “We used storytelling techniques. We made the characters as three-dimensional as possible. But we can’t really explain it.”

So there it is. Even they don’t know for sure.

It’s important because ‘We want something viral’ is the new marketing call of the day. Marketers love the idea of viral. Zero media budgets. Brand messages spread by consumers. Advocates everywhere.

And when it works, it’s phenomenal. Just think ALS Ice bucket challenge. But how do you brief it? How do you create it? How do you manage it? And how do you increase your chance of success? Because, in the age of consumers controlling everything, any agency who guarantees a viral idea is kidding themselves.

What we can do is create insight-driven work that entertains and kick-start it with a burst of paid media. Then if it takes off, then treat earned media as the most wonderful bonus. Wind back your media dollars and surf the long tail of consumer advocacy.

It’s the template P&G used so successfully for Always #likeagirl.

Of course there is another option. You just need Beelzebub’s mobile number and a dinner reservation.