Daydream gives a view of Google’s plan for virtual reality

Daydream gives a view of Google’s plan for virtual reality 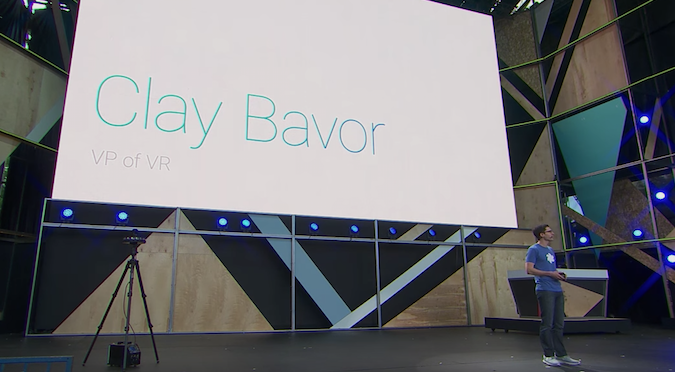 Google recently unveiled Daydream, its plan for the next step of virtual reality via mobile devices, and its aim is clear: to provide very high quality mobile VR.

According to Clay Bavor, VP of VR at Google, the technology will require amazing mobile phones to run effectively.

“We’ve actually worked with smartphone manufacturers to really understand what censors and displays and processors you need to have to make a smartphone amazing for virtual reality,” he says.

The first phone which will embrace the technology looks to be the upcoming Android M, for which Google and Android have been working together to build ‘VR mode’.

Daydream will also employ a purpose-built headset, which is paired with a controller, that is “really powerful, really expressive, but also really intuitive so that any normal person can pick it up and immediately get how to use it,” says Bavor.

Related: VR, automation and 5G: Jamie Allan on the future of retail »

Across Google, teams have been making investments in VR, most notably Youtube, which has begun to ask the question: “What would the Youtube experience would look like in VR?”

Daydream will not use the Cardboard headset, which entered the market in 2014 and has since provided a simple, affordable solution to enter the VR world.

“We’re so proud of Cardboard, and Cardboard’s going to stick around,” says Bavor.

But “Daydream is something very different, we’ve focussed on maintaining a very high quality bar across the hardware, the viewer, the input device, and the experiences.”

Youtube on VR, the Android N and other early Daydream products are expected to rollout in Spring 2016.

“In time, our hope and our expectation is that most smartphones that you’re going to buy are going to be Daydream ready. They’re going to not only be a great smartphone, but be the core of a really, really great mobile VR experience, that’s where this goes,” Says Bavor.

Learn how brands are creating VR experiences to deliver entertainment and utility to their audiences in ‘The Marketer’s Guide to: Virtual Reality’