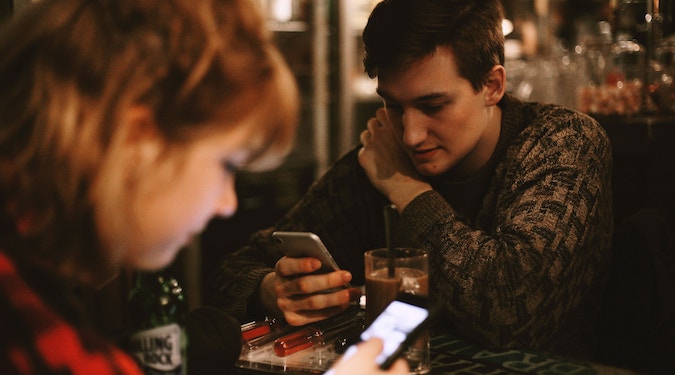 At which point will we decide the video streaming market has hit saturation? According to Marc C-Scott, it may arrive sooner than we were expecting.

The service was first launched in the US 12 months ago. At last week’s global launch, Facebook’s head of video, Fidji Simo, said the company had made the video service “more social”.

The Facebook platform is built around social interaction, so Watch allows those watching videos to also engage in discussions associated with the content being viewed.

Another video streaming service for Australians

But do we need another video streaming service given what’s already available, and promised? Facebook Watch has been launched into a crowded, but still not yet fully matured, market place.

Many subscription video on demand (SVoD) services have seen large growth. For Amazon it was 90% (year on year), while Netflix, Stan, YouTube Premium and Fetch all saw growth of more than 25% (year on year).

We still await the arrival of CBS All Access and the potential for Disney’s video streaming service to be launched globally.

Facebook’s introduction of Watch could make the competition a little harder for all these players.

Another question will be around how Watch competes and makes itself different from the other video streaming services.

Original content has been a way for many video services to differentiate themselves in a changing and crowded streaming media landscape. Netflix and Amazon both invest heavily in original content.

Netflix is expected to spend US$12 to 13 billion on original content this year. In comparison, last year US television network CBS spent US$4 billion and HBO spent even less, US$2.5 billion.

Netflix has seen results: not only subscription growth, but also “more than 90% of Netflix’s customers regularly watch original programming”. It also dominated Emmy nominations in 2018.

Facebook has created original content for the Watch platform since its launch last year, mainly with documentary series and sport.

At the start of the year Facebook signed a deal for a Bear Grylls series, Bear Grylls: Face the Wild. In the show, ten Facebook fans get an adventures of a lifetime, following Grylls.

It’s these types of programs that give greater potential for the “chat and connect” aspects of Watch that Facebook’s Mark Zuckerbrerg is encouraging.

Facebook also has the Watch Party feature, where a group of users (watchers) can be viewing the same content simultaneously. This further integrates the platform’s ability for on-going discussion and community building within the Facebook ecosystem.

Facebook’s main competition will be other other social media platforms that have recently directed their interests in video.

Instagram’s new service IGTV (aka Instagram TV) is a separate service and app to the Instagram app. Ironically the video content is intended to be vertical in format, rather than horizontal for traditional television.

This could create some headaches if the content is to expand out to smart TVs, and for creators attempting to cross-post content across multiple social platforms.

The service is starting to gain some Australian subscribers, increasing from 700,000 in 2017 to more than 1 million in 2018. YouTube also has YouTube TV in the US, which Nielsen will start to include as part of its measurement services.

Twitter has also made attempts to compete in the video streaming space for a number of years, mainly focused on sport.

Facebook’s battle to succeed with Watch will be clearly aligned with YouTube. Both have approximately 2 billion users and for Facebook it will be a long and up-hill battle, if it even has a chance.

But first it needs to stop the decline in the amount of time users spend on its service. That dropped 5% in the final quarter of last year.

Making users aware of the Watch service is its next battle. A report from the US showed that after 12 months of the services being available: “… 50% of the polled Facebook users had never heard of Facebook Watch, while a further 24% had heard of it but never used it.”

Despite these figures, Facebook is confident Watch will succeed. Facebook’s Fidji Simo said, “Every month more than 50 million people in the US come to watch videos for at least a minute on Watch, and total time spent watching video on Facebook Watch has increased by 14 times since the start of 2018.”

While the Watch Party feature could give the platform a small point of difference from other streaming services, it will need more to lift user engagement.

It is more than likely that original content, as we have seen on other services, will be a key factor in Facebook Watch’s success.

This article is republished from The Conversation. Read the original article.