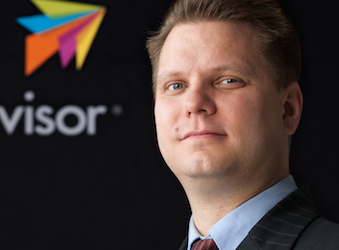 Ecommerce will continue to change in 2015 and marketers had better be prepared. ChannelAdvisor APAC managing director Mark Gray goes through four top trends to prioritise next year.

The year is drawing to a close – and while you should celebrate your 2014 successes (and take a well-deserved break from work!), it’s always wise to keep your eye on the prize. For e-commerce retailers, this means planning for 2015 carefully, taking into consideration the trends that are likely to emerge or grow in prominence over the next year, and making sure you’ve allocated the budget to address these changes.

With that in mind, here are four e-commerce priorities to have on your radar for 2015.

1. Get intimate with Google’s shopping campaigns

There’s no denying that paid search is an important marketing tool in today’s digital world. In fact, retailers cite search engine marketing as the most effective customer acquisition source. Product Listing Ads (PLAs) were also the third largest area of growth in interactive marketing spend in 2014.

In a joint study we conducted with the Australian Retailers Association (ARA), the ‘2014 Snapshot of Australian E-Commerce’, local retailers reported that Google Shopping (driven by PLAs) and paid search were their best-performing digital marketing channels.

It’s therefore no surprise that Google’s transition to shopping campaigns in the second half of 2014 came as big news within the industry. As a new way to manage PLAs, shopping campaigns allow more granular management of your ads and come with more robust reporting tools. For example, you can keep a close watch on your competitors, as well as estimate results before you bid.

Given the ubiquity of Google, these enhancements are certainly worth mastering.

Thanks to Alibaba and its record-breaking initial public offering (IPO) in the US, international ecommerce was a hot topic this year. This trend is expected to continue in 2015, particularly with the Chinese market set to keep growing.

The key takeaway for Australian retailers? It’s time to set your sights on international markets (if you haven’t already). In the same study mentioned above, over a third of retailers reported currently selling on international sites, with nearly a quarter of these earning more than 20% of their revenue from international sales. Retailers need to expand their selling horizons or risk being left behind.

If you already sell on eBay or Amazon, be sure to take advantage of their global selling integrations. Beyond these big two, it’s worth looking into other, lesser-known marketplaces that can provide a relatively easy avenue for venturing to different markets with a lesser investment. New Zealand’s Trade Me is a prime example of this for Australian retailers, but other marketplaces like Tmall Global in China are worth exploring as well.

Social media is a channel you’ll want to prioritise in 2015. In our study, almost eight in 10 Australian retailers cited social media as a way to increase brand awareness, with nearly 50% viewing it as a gateway to a new generation of customers.

Pinterest is a social network that can be especially lucrative for retailers. Thanks to its image-rich interface, retailers can list product information directly on a pin – including price, availability and link to purchase.

New developments with Twitter’s and Facebook’s ‘Buy’ buttons over the next year could also change the game for retailers. When these officially roll out in Australia, you’ll want to be ready. For now, it’s wise to prep your products for social sales by adding social sharing buttons to your site.

4. Keep an eye on mobile marketing

Nearly half of the Australian retailers we surveyed reported 20% or more traffic coming from mobile – that’s one in five webstore visitors! Yet when asked what portion of their online advertising budget is allocated to mobile, half admitted that it was less than 5%.

Given that global advertising spending is estimated to reach $US18 billion by the end of 2014, there’s a significant opportunity here for retailers to take advantage of mobile-centric retail strategies. Here are a few handy tips: