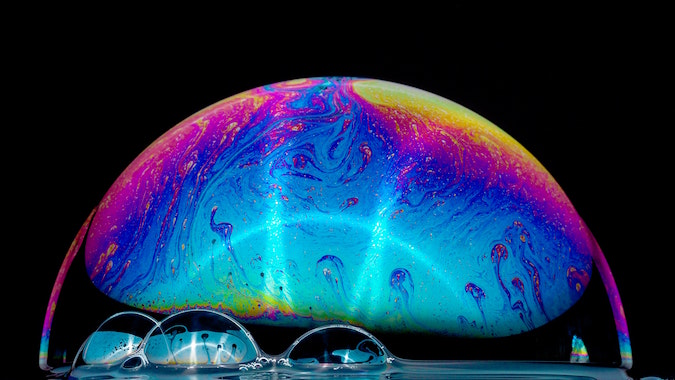 Professional futurist Mark Pesce ponders the emerging trends of 2020 as the world shifts out of crisis and into the unknown – from a ‘sterile economy’ to whole nations trapped in their ‘bubbles’.

The world saw more change in March and April of 2020 than in any period since the Second World War – catastrophic, fundamental, and still unfolding. All of that change has shortened our ‘forward planning horizon’ from years to months. We can’t reliably predict what the world will be like in 2021 and beyond. It’s something I’ve noted in my practice as a futurist: clients have recently begun asking for guidance across the next several months, rather than the next several years.

As we continue to flatten the curve, exiting the acute phase of the pandemic, entering into a more enduring ‘new normal’ – describing the pandemic’s chronic phase – we find ourselves with different sensitivities, different priorities, and new needs to communicate the altered fabric of the world.

The first and most obvious of these will be framed as consistent messaging about ‘sterility’. The ‘sharing economy’ that had loomed large last year has been replaced by a ‘sterile economy’, emphasising safety, cleanliness, and the public performance of these as a signal to consumers and employees that the requirements of their health have been given priority.

This public performance of the ‘sterile economy’ can already be seen in ride-sharing companies like Ola, which recently began offering passengers Ola Pro – promising a car thoroughly sanitised between rides, along with an additional infection control ‘barrier’ between the driver compartment and all passengers. The Ola app itself sends a continuous stream of messages highlighting the safety and cleanliness of Ola Pro, working to assure the passenger that the ride will be clean, safe, and sterile.

This kind of messaging will become a significant feature of all sharing economy companies – home-sharing even more so than ride-sharing. As these companies work to outbid one another in the public performance of their cleanliness, customers will be offered full transparency, with videos that allow them to watch the vehicle or apartment being cleaned, and an emergency panic button summoning cleaners immediately, and so forth.

A more fundamental problem confronts retail, which of necessity involves extended face-to-face interactions between sales staff and the buying public – exactly the kind of situation we’ve now been carefully trained to avoid. How does a retailer attract customers while publicly assuring both those customers and their salesforce that every precaution has been taken to ensure their safety and the sterility of the shop?

This is where the retail genius of Apple provides a best-practice example. During a recent visit to my local Apple Store – to pick up an adapter I’d ordered online through Apple’s app – I presented myself, checked in, and after a temperature check was handed a mask to wear while I waited in a very carefully socially-distanced queue. The whole process felt smooth, well-controlled and very safe. The store itself, normally a bustling beehive of activity, had only a few customers inside, each customer being accompanied by an Apple employee while they shopped. That meant much less foot traffic – and probably fewer sales for Apple – but the whole process gave a very public signal that Apple cares about the safety of both its staff and its customers. It also left the impression that it is willing to let revenue suffer as the price of doing business within the sterile economy.

All of these public performances of cleanliness and sterility have already been entirely abandoned in New Zealand, which, after a tough lockdown, declared itself “COVID-19 free” on 9 June, lifting all restrictions on behaviours that had been imposed to curb the pandemic. That means business-as-usual resumes for the Kiwis, a huge win for them, though with its own costs. As Australia gradually approaches eradication (as I write this, New South Wales has gone two weeks without a case of community transmission of COVID-19, and all states besides Victoria have even better statistics) we may also arrive at a threshold where public health authorities reach agreement that we, too, can resume living our lives as we did prior to March 2020. A cause for celebration, to be sure, but one that, as with New Zealand, carries some punishing costs, reflected in how we talk about that ‘new normal’ world of eradication.

The paradox of eradication is that it provides a bubble of safety, but leaves whole nations trapped within their bubbles. New Zealand has closed its borders to the rest of the world, and even if we manage to extend a trans-Tasman bubble between the two nations, there’s still only about thirty million people ‘under the dome’ – a difficult situation for two economies heavily dependent on international travellers for trade, tourism and education. In their absence we will feel a growing tension, as the economic air within our bubble grows increasingly stale. We’ll long for the touch of the world, while at the same time dreading the contagion that touch might bring.

This dilemma could make us anxious and divided, reflected in messaging that reminds people of the comforts of home (and the quiet pleasures of local travel) while slyly, subtly reframing the world outside the bubble as ‘dirty’ and ‘dangerous’. Too long in that and we risk a rise in xenophobia that could outlast the pandemic, keeping Australians thinking and acting provincially long past any need.

It’s difficult to know what the future holds beyond the end of this year. In its remaining months, we’ll see ourselves publicly get clean, then settle in behind our bubbles, looking at a world that invites us to be connected, while also warning us to keep our distance. That dilemma will persist – until there’s a vaccine.

Mark Pesce is a professional futurist and public speaker. He invented the technology for 3D on the Web, has written seven books, was for seven years a judge on the ABC’s The New Inventors, founded postgraduate programs at USC and AFTRS, holds an honorary appointment at Sydney University, is a multiple-award-winning columnist for The Register and pens another column for IEEE Spectrum.

Photo by Lanju Fotografie on Unsplash.