How to optimise your mobile marketing strategy

How to optimise your mobile marketing strategy 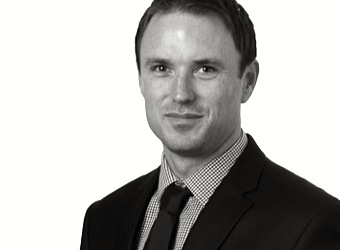 Although mobile marketing has been around for a while now, it cannot be denied that over the last year there has been a significant rise in the use of mobile phone technology to directly target consumers. And why not? With over 54% of Australians aged between 15 and 64 years owning a smartphone and over 30 million voice or data subscriptions in use, it’s very clear why many Australian businesses want to hop on this marketing bandwagon.

It’s no secret that Australia has lagged behind the rest of the world when it comes to mobile marketing. Industries such as the retail sector have been slow to take up digital marketing and ecommerce strategies. However, with so many global businesses using digital and mobile marketing successfully, Australian companies have also begun to adopt this new channel to reach their customers.

So the question now is: how can organisations optimise a mobile marketing strategy to ensure they reach all of their customers in the most effective manner?

Android versus Apple iOS – how does this affect my business?

The mobile market is an innovative, fast and dynamic environment. Current figures show that Android controls almost two thirds of the market share in Australia, with Apple’s iOS having roughly 25%. However, while the market share of iOS is declining, Android numbers are steadily increasing driven by multi-vendor product support.

But which platform should organisations focus their mobile strategy on, Android or iOS? Apple users are slightly more inclined to spend time and money on their devices but Android dominates almost two thirds of the market – a percentage many organisations would not want to miss out on.

In order to get the most out of the mobile market, these businesses will want to cover the entire market by strategically aligning their mobile communication channels. A mix of Android, iOS and tailored mobile websites is paramount for effective and sustainable customer communication.

The use of SMS marketing

While significant amounts of traditional direct marketing such as email and leaflets go unread or unnoticed, 97% of SMSs are opened typically within minutes of receiving the message. With these results, it’s no wonder this form of marketing is a trend that businesses – including gyms, beauty salons, retail stores, cafes and dance schools – are tapping into to try to drive better results for their marketing efforts.

But is it right for your business?

It’s all about the customer journey: organisations must understand where and how their customers will be consuming their message. Organisations need to take into consideration their customers’ time and their activities throughout the day. For example, a market most likely to be at home will engage differently with an SMS campaign compared to a consumer who is at work with little downtime throughout the day.

Additionally, it comes down to cost. Is this the most cost effective way to be reaching an audience? Organisations will dedicate a significant amount of their marketing budget to an SMS campaign that isn’t as effective as it really could be.

An organisation using SMS marketing can potentially halve the cost of this campaign through the use of push notifications and taking advantage of the data usage plans that consumers have already paid for. Some smartphone apps allow users to evade SMS charges through using their mobile data, and instead communicating via apps.

These changes have forced organisations to think about other ways they can target their consumers and customise their mobile experiences through this data package use.

While mobile data usage is still minimal compared to other data consumed, the rate at which it is increasing is proof that Australia is becoming more and more mobile based. Marketers must now recognise that mobile is one of the top devices used by consumers to search for products and services. Organisations can target their consumers by tapping into their location and taking advantage of location-based technologies such as Google Places. It’s about being accessible via mobile – if an organisation is not found during a mobile search, its competitors could well be.

To take advantage of this rise in mobile search, organisations now literally have to get themselves on the map. If they aren’t, they are more-or-less invisible.

Considering the high penetration of smartphone devices in Australia, the increasing penetration of these devices into daily lives and businesses, and the statistically-shown rise in smartphone usage, communication and interaction with customers is becoming increasingly more mobile. So, if organisations aren’t on this bandwagon, they may just be lagging behind the competition.

Previous Article
Radio ad revenues down in 2012, but audience grows
Next Article
End of an era, start of a new one – how print media will evolve in 2013