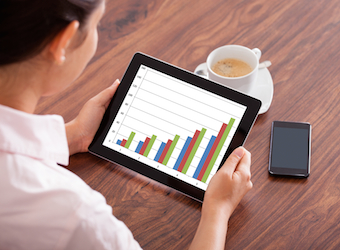 Marketing’s influence over business strategy is growing in correlation with data investment, according to a survey of senior Australian marketers by PwC. The survey also confirms a major shift toward owned media at the expense of paid media.

The majority of Australian marketing departments are moving their spending away from traditional advertising and towards ‘owned’ channels, according to PwC’s Australian ‘Entertainment and Media Outlook 2014-2018,’ which was released today.

67% of senior marketers have seen a shift in budget allocation from ‘paid’ to ‘owned’ channels over the previous 12 months, according to the joint PwC-Australian Marketing Institute (AMI) survey of 162 senior practicing marketers.

“The reorientation of marketing spend will have the greatest impact on the media, entertainment, and advertising industries, with deteriorating spending on traditional platforms prompting greater urgency to embrace new revenue models,” says Megan Brownlow, editor of the Outlook report.

“Digital and social media channels have driven this trend by diluting the reach of traditional platforms, and making it easier for brands to access their audience directly.”

The ability of brands to directly target audiences and access insights about their behaviour with digital technology has given the marketing function more influence over core business decisions, the report finds.

“Marketers have gone from being responsible solely for promotion, to reclaiming sovereignty over the other three ‘Ps’ of classic marketing: pricing, product development, and placement.”

Performance of media and entertainment sector

Total Australian entertainment and media spending grew by 4.5% in 2013, compared to growth of 5.2% globally and 7.1% in the Asia-Pacific region.

Consumer spending strengthened in 2013 to grow by 4.4%, in large part due to good performances in the interactive games sector, internet – especially mobile – and subscription television, including IPTV.

The advertising market also enjoyed better growth than the previous two years and grew by 4.8% on 2012. These revenues, however, are spread over more players and channels as the industry experiences ongoing fragmentation. Internet advertising again achieved the most growth, increasing by a rampant 20.3% on 2012.

The Outlook report forecasts interactive games to be the fastest growing consumer sector, with a 7.6% CAGR and internet access to remain the largest sector, reaching $12 billion by 2018.

Other findings: content and data increasing priorities for brands

The survey also confirmed what the industry has been talking about for some time: the use of content and data are progressing in their key roles.

Regarding content marketing, the report says that organisations are now ‘doing it for themselves’ by redirecting advertising budgets into consumer relationship management and shareable online editorial and video to build their presence. “We are seeing sports, telecommunications, and even finance brands becoming more like advertising and media companies in terms of the quality of the content they produce,” Brownlow says.

On the data front, customer data is having a profound effect on the way marketing spend is allocated. According to the survey, three in four marketers are using more customer data, mainly because it allows for better targeting and tailoring of products and messages. The survey also showed that three in five marketers expect to increase their investment in data and data analytics over the next two years.

“Brands can no longer afford to hold onto the same old assumptions about consumer behaviour and preferences,” Brownlow says. “Data is the key to understanding and targeting today’s diverse customer base.”

“Data analytics can also deliver ‘real-time’ customer insights, meaning companies can be much more responsive to their customer’s needs and more agile in their strategic decision making,” she says.