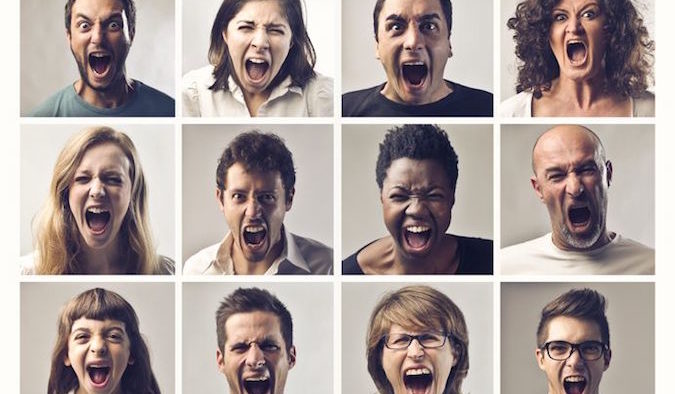 Image and video hosting website Photobucket made an update to its business model last week that enraged users. Simon Dell asks whether the bad publicity and anger will be enough to bury the brand.

Until last week, you might have never heard of Photobucket. But in one single action, the photo storage website with 100 million users and 15 billion hosted images, achieved internet notoriety by changing its terms from offering free storage to photos being used on third party websites (Ebay, Amazon etc), to wanting US$400 a year for the pleasure.

Of course, the internet was up in arms immediately. How dare a brand that’s offered something for free for so long want to charge for it? Who do they think they are?

Photobucket didn’t give any warning either. Taking a leaf out of Indian PM Modi’s overnight abolishment of paper Indian currency last year, it just made the announcement – just like that. No warning. Today your photos were stored here for free; tomorrow you need to cough up the beans.

Words like ‘ransom’, ‘gangster’, ‘extortion’ and ‘customer-service fuck-up’ were bandied about.

One: it was a stroke of genius

Let’s just look at the raw numbers. It has 100 million users. Having worked with a start-up last year trying to upgrade users from a free package to a paid service, I witnessed the challenges when next day you limit people’s access and start charging. It’s not pretty. At first.

But the interesting thing was, from day one, people did actually pay. And as new people joined the site, they never even realised it had been free and unlimited. So they were even more likely to upgrade.

So let’s assume that of the 100 million users, just 0.5% upgrade and pay – for a site with very little overheads other than hosting, that’s a tidy US$200million revenue in one year. I’m not aware of what it does in display revenue, but I’ll bet most of my bank account it’s not that.

Many users pointed out that the real rub was the lack of notice. Because if they’d have had notice, they could have prepared and, well, moved to another service. The company that was giving you something free, should have given you some notice so you could move to another free service? Okaaaaay.

And the bad publicity? It goes away very quickly. Those complaining would have complained if it was $5 a year. And if those customers that weren’t willing to pay leave, then they weren’t really customers in the first place. They were freeloaders. They weren’t paying attention to the display ads and they sure as hell weren’t clicking on them.

One tweet suggested those using the service had very thin profit margins and couldn’t afford this sort of service. A $7.69 a week service. If you’re running an internet business that can’t afford a $7.69 weekly overhead increase then you’re probably not doing it right.

There is a long list of internet businesses that one day decided the ‘free plus advertising’ model wasn’t good enough for them and made a grab for the biscuit. Remember the outcry when Facebook added more advertising and decided the reach for our business pages should plummet to single figure percentages? Remember how everyone told Facebook it would be dead in a few years?

For avid gamers, Supercell, internet behemoth and creator of Clash of Clans and Clash Royale, tried something similar but different a few years back by forcing players to move their ‘Town Hall’ inside of the game’s base and defences. In non-gamers terms, it closed a farming loophole, made people play the game properly and in turn made the option to purchase advances in the game more tempting.

Of course, that caused outcry too with huge numbers of gamers threatening to leave the game. Last year Supercell was valued at $10.2billion. Seem to have worked out fine.

People have pointed out that other companies who once offered free hosting are now non-existent – Angelfire, Geocities, and Tripod – but to be fair, that was back when the internet was coal-fired and everyone was rushing for market share.

Either way, inevitably this move will leave a terrible taste in the mouth of current users. And it’s something that the brand may never recover from. History possibly suggests otherwise but only time will tell

So why do this anyway?

Display advertising for sites with incredibly low interaction is never going to be a big revenue. It’s not a massive revenue driver for the big media sites with bloated payrolls so for a site that’s entire platform is about storing something, it’s not going to be filling up the coffers rapidly. Indeed, in the company’s own statement it highlighted the rise of Adblockers and changes in third party hosting that had made its model unsustainable.

Ongoing subscriptions are where the money is. When your entire cost base is made up of a few software engineers and a lot of hosting services, then a subscription model is going to be ridiculously lucrative. It will also give Photobucket the revenue to start building additional services that could even help it grow against the competition.

It might have seemed that Photobucket moved suddenly but additional feedback from the company suggests it polled the user base beforehand and utilised that data to ‘to develop an internal benchmark for future conversions.’ It’s also suggested – quite rightly – that you can ‘never please everyone’ and that it is ‘focused on providing a competitively priced third party hosting service that is the industry standard in efficiency for both commercial and private use.’

Quite probably yes. Freemium still exists as a model, bringing in customers with a limited free service and encouraging them to upgrade but an ad-supported 100% free service is all but dead – unless you’re a behemoth like Facebook or Google, who themselves suck up the majority of online ad investing.

Companies have overheads and they need to expand, otherwise the competition will bury them. And to cover those overheads and expansion, they need to bring on investors. And investors need an exit strategy. Photobucket were one of the last bastions of the old school model.

Will people move to the competition?

Imgur.com actually offers a similar service to PhotoBucket does it for free. It also has a significantly larger user base. The chances of everyone flocking to its service is high. But things aren’t totally rosy over there.

Imgur, most recently valued at $200 million, had to lose 15% of its staff in 2016 after Reddit – one of its biggest traffic generators – built its own version of Imgur. Free platforms without user loyalty and the ability to manouevre fast are highly susceptible to competitors killing them very quickly. The reality is Imgur needs revenue to match investor expectations. And what better way to create revenue than to charge an annual fee?

Maybe Photobucket will learn a lesson from this and reverse the whole decision? Maybe it’s like Scrooge McDuck and rolling about in so much cash it doesn’t care? The reality is, this is a cold, hard commercial decision and as such – while there might be digital pitchforks being waved around online – the long-term benefits will far outweigh the short-term anger.

And after all, this is internet anger. It’s not like it’s real anger.