Ritson on the fence: consumer culture and meaning-based brands

Ritson on the fence: consumer culture and meaning-based brands 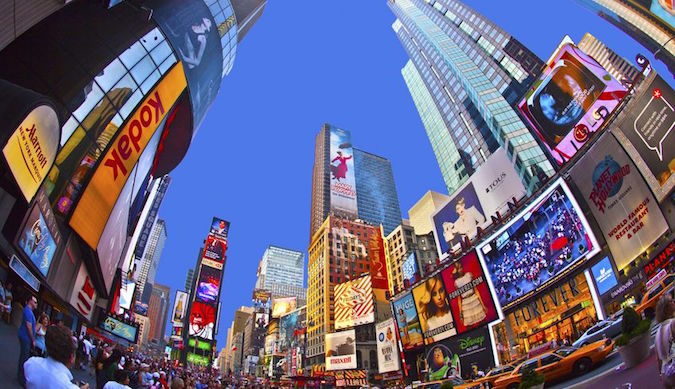 Mark Ritson finds himself in a curious position: sitting on the fence between marketers either downplaying or overplaying the role of brands.

This article originally appeared in The Culture Issue, our August/September issue of Marketing mag.

We’ve been talking about ‘consumer culture’ for so long we’ve forgotten what the term refers to. It does not mean people shopping a lot or obsessing about brands and advertising. It runs much deeper than that.

Culture, at least from an anthropological point of view, is the rich web of meanings that you and I use to make sense of the world we live in, others and ourselves. To be human is to face a continual stream of existential questions: what does it mean to be Australian? Successful? A working mother? We use meanings to answer those questions and culture is simply the agglomeration of all of them within a particular group of people.

A consumer culture refers to a society or group of people who increasingly draw on the meanings derived from consumption to answer the questions of everyday existence. An Australian would drink VB not Peroni. A successful executive would drive a Porsche, then sell it when they had their first child and switch to a Volvo because they have become a working mother.

You’ll note here that consumer culture is as much about the brands I don’t buy as the ones that I eventually consume. You should also note that these meanings aren’t used to simply communicate your identity to others; they are also used to help you define that identity internally to yourself, too.

In the dim and distant days of the 19th and early 20th centuries, people still faced existential questions, still required meaning and still built culture from these meanings. But, bereft of disposable income, shopping malls and credit cards they relied on other sources of meaning to answer life’s often posed questions. Our ancestors used religion, social standing and their profession as their core source of cultural meaning. It’s no coincidence that, as our reliance on consumer culture has grown, these alternative sources of meaning have declined and dwindled.

Your grandfather may have been a working-class Irish Catholic who worked down the mines, but you are a Gucci-wearing, Marlboro-smoking, BMW-hating member of a consumer culture he could not have even imagined.

I spoke at a marketing conference at the University of Arizona many years ago alongside the enormously famous Professor Sid Levy, who wrote the iconic article ‘Symbols for Sale’ in 1959.

Levy’s article predicted and explained much of what we would one day come to know as consumer culture.

The conference was packed with academics desperate to talk to Sid, who was then in his late eighties and among the most famous marketing professors in history. He was nowhere to be found after his session because, unbeknown to me and the other attendees, Levy had spied a very attractive Australian woman (my wife) and was busy giving her a private tour of the university museum next door.

As he walked from exhibit to exhibit Sid (as my wife now calls him) explained how the ancient Native American totems were simply the precursors for iPhones and sports cars. I never did get to meet the great man, but my wife says he was the most insightful marketing professor she ever met. Ouch.

Too often, marketers are keen to separate out the symbolic aspects of a brand from its more functional associations. We love to draw lines between product-based words like ‘performance’ and ‘reliability’ and the more emotional stuff like ‘sexy’ and ‘status’. In truth that is a colossal mistake. When you understand the meaning-based model of branding you realise that symbolic associations like ‘sophisticated’ are just as functional as those related to ‘performance’ or ‘speed’.

Similarly, marketers often overcomplicate the basis for brand building. If you understand the goal is to get target consumers to know you exist and then associate you with certain intended meanings, it’s patently obvious what you need to do to build brand. You try to ensure that as many touchpoints as possible aren’t just positive for your target consumers, but that they are also replete with the associations you intend them to link to your brand.

If you want to communicate that you are a fun and irreverent beauty brand, like Benefit cosmetics, you focus on making the staff, the packaging, the environment, the product names and every other possible touchpoint as fun as irreverent as possible.

It’s curious that at the apogee of the consumer culture we now enjoy, marketers are turning away from this meaning-based approach. We find ourselves in a place in which marketers are either downplaying or completely overplaying the role of brands.

The downplayers are the increasingly adherent followers of Professor Byron Sharp and the Ehrenberg-Bass approach to brand building. Sharp is easily the most influential marketing professor on the planet right now and his client list reads like a who’s who of big brand companies. While he does not completely dismiss the idea of differentiation and, with it, meaning, Sharp is much keener on the idea of distinctiveness.

You may not be able to stand for anything to consumers, but you can certainly signal your distinctiveness on the shelf and achieve mental availability. In his usual acerbic style, he notes, “Consultants and designers who think that brand names, logos and other brand assets have any deeper intrinsic meaning are merely showing how poorly they understand real consumer behaviour, and commercial reality.”

Meanwhile, moving in the exact opposite direction are a whole slew of purpose-driven marketers who believe brands are more than just a few cultural associations.

It’s not good enough for Starbucks to associate itself with premium, metropolitan, excellent coffee. Oh no. Starbucks is now focused on ‘inspiring the human spirit’. Like many brands, it has moved beyond product meaning and now sees itself as an agent for change and humanity. “Coffee is what we sell as a product, but it’s not the business we’re in,” Starbuck’s CEO Howard Schultz observed a few years ago. “We’re in the people business. I’m passionate about human connection.”

For once I find myself in the middle. I don’t think Starbucks is in the people business; I think it’s in the coffee business. But I also don’t think Starbucks is simply a monochrome collection of distinctive assets that achieve mental and physical availability and little else. Somewhere in the middle, between these two extremes, where brand meets meaning and culture is activated, is where brands operate best.

To purchase a copy of The Culture Issue or a subscription to Marketing, visit the online store »