Sabri Suby: The vanity of social media without email conversion

Sabri Suby: The vanity of social media without email conversion 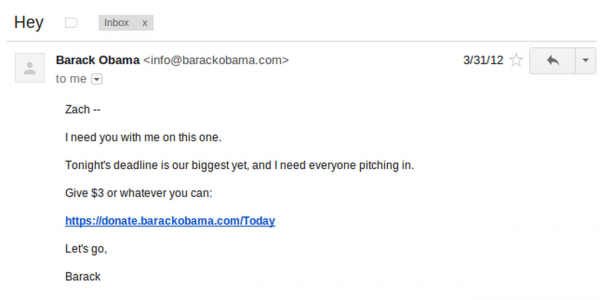 Built up your social following but still not converting? A following on Instagram won’t mean anything if you don’t have their data.

As marketers, we’ve been taught that following and engagement is everything. However, you can have the most engaged audience in the world on your socials, but if it isn’t converting, what is the point?

Founder and head of growth at King Kong, Sabri Suby, speaks about the importance of emails. Unlike Instagram, Facebook and TikTok; email is a platform for every business to be on.

Suby knows all about the power of emails. So much so, he even wrote the book on it.

The focus for so long has been on the wrong numbers. Brands have built up followings of 300,000 maybe 400,000 or even a million followers, but there is no conversion. So many brands who were bullish on Facebook at the start who now have a dead audience.

Instagram is a place for entertainment. The noise is loud. When you’re a fashion brand competing with the glitz and the glam on Instagram it’s tricky. Elon Musk is on it smoking weed, Kanye West is there airing his dirty laundry. No one is paying much attention to you.

So, what do you do? Bring them over to email.

“I look at the inbox as a much quieter place,” says Suby. “If you’ve got Dan Bilzerian feeding bears raw meat as your competitor, you’re going to lose.

“It’s the most chaotic and noisy place. If you’re reading something about a brand, who cares? There is going to be something infinitely more entertaining two thumbs down.

“If you can get somebody across to your email list, when they open the email, that’s all the information they have. You are talking to them”

In the ongoing search for the shiniest new platform, perhaps we’ve been overlooking one the whole time. The power of email. Not just “checking the box” emailing, but engaging with the consumer.

“The cardinal sin I see is people doing social media right, but it’s all in vain if they’re not moving them over to email.”

When your competition is posting this, it can be hard to stand out.

Talk to them, not at them

But the job isn’t over once the conversion to database is done. Now, the real game begins. How to get them opening the emails, clicking through and then purchasing.

Think about which emails you open. It’s the ones from your coworkers, your mum. If you think an email is going to be promotional, what happens? It gets deleted.

“If you’re talking to and having fun with someone on TikTok that’s great. But if you bring them across to your emails and it’s stale and uptight, you’ve lost them,” says Suby.

In fact, it was former President Barack Obama that mastered the art of casual email. His campaigning focused a lot on emails. The team worked overtime to make sure the emails were opened and read. And they quickly found out that simplicity won.

It was an email with the most simple of subject lines. Hey.

This became the most opened email in his campaign.

After all, doesn’t everyone want the enigmatic Obama to be emailing them directly?

Keep it simple, keep it entertaining. Life is a series of meetings and paperwork, make sure your emails stick out from the pack.

Not to be outdone by her husband, Michelle Obama knows the power of a good subject.

Think you’re emailing too much? You’re likely not emailing enough.

Victoria’s Secret relies on email marketing for its lingerie. Open a Victoria’s Secret email one day? You’re going to get on the next day. Haven’t opened one for a while? It’ll be a week between reminders of the brand.

“It’s about starving the pony and feeding the stallion,” says Suby.

For every one dollar you invest in an email campaign, you receive $44.

Suby writes about the importance of email in Sell like Crazy.

When it comes to email, there are only three things that matter:

“Getting email right is the best investment you’ll make in your business,” says Suby.

It’s time to bring those followers over. Social is only the top of the funnel.