Speed and freedom – the future is now for FMCG testing

Speed and freedom – the future is now for FMCG testing

Mobile marketing and shopping has made it easier, cheaper and faster than ever for companies to track and test consumer trends in fast moving consumer goods (FMCG). Chris Thomas runs through four ways FMCG testing will adapt to the needs of marketers and participants in 2016.

1. The need for speed 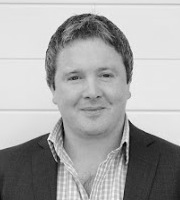 It wasn’t all that long ago that market research was limited to face to face and telephone interview campaigns that dragged on for months. It was all so slow that often by the time you got the feedback on one product, you were ready to launch the next. Luckily, those days are gone. Speed will be of the essence in 2016, as smartphone penetration and geotargeting technology combine to allow respondents to be targeted anywhere, anytime. This means that research which would have previously taken months can, in some cases, be done in a matter of hours. This has also led to the creation of a whole genre of so-called ‘in the moment’ surveys. These are surveys that are activated in a particular area (such as in-store) or after a particular interaction (after purchase). Incentives will also be instant and more relevant to participant’s wishes. Depending on your requirements, surveys can now be deployed and results delivered in a matter of hours. The key to agility is being aware of the different technologies available and determining the best fit for your objectives. Clearly, quick surveys, when they are used properly, can be a useful tool in your market research toolbox.

We expect that 2016 will see FMCG companies increasingly use virtual reality in market research, to more accurately gauge how customer choices are made in real life. For example, in the case of testing new packaging, the new pack and old pack will never appear together side-by-side in-store, so there’s little point in asking focus groups which they prefer better by comparing like for like. The designs are only relevant when compared in context. Researchers can find that the new design works fantastically when compared with the previous one, but it might not stand out against competitors or may interfere with the functionality of the product, potentially causing issues down the track. The solution is virtual reality. We started working with British 3D agency, ConceptSauce 12 months ago, after seeing some of their excellent 3D virtual shopping environments for brands including Unilever, Pepsico and Sara Lee. Since then, interactive digital shopper research solutions and high-definition digital supermarket aisles have been embedded in online quantitative studies and used for eye-tracking studies. This allows these brands to test new designs in context, passed through the foil of real customer behaviour. We’ve also created several 3D store walk-throughs for our Australian retail clients to test category layouts, signage, and shelf stand out. Given the low cost and high quality nature of the information, we expect similar solutions to be a major part of FMCG research in 2016.

Mobile technology has been transformative for market research in 2015 and will continue to change the game in 2016 and beyond. We believe the future will see more fragmentation in terms of devices, but rather than a weakness of a mobile heavy approach, we see this as a strength. People now want to respond to surveys on whatever device they prefer – the secret is to let them do it on their own terms. With now-ubiquitous software allowing surveys to display in user-friendly and engaging ways on all devices, the door has been opened for micro-surveys, enabling rapid results, as mentioned earlier. Add to this the fact that people are leaving traditional panels – where they are invited to central locations and paid in cash – in droves. It’s not convenient, it’s time-consuming and it’s boring. The challenge is coming up with a better way. Given the penetration of smartphones, we have been testing several new approaches to the central location testing model, one of which has been using smartphones over laptops for our own central location research. In our tests, 100% of our participants were comfortable and willing to complete the research on their own devices. We’ve found no difference in the length of the open-ended responses entered on smartphones versus those entered on iPads for a previous test. By ensuring the content was designed and rendered effectively and by allowing participants to choose the platform they wanted to respond on, we created a more personal central location testing experience, which we believe will become the norm.

4. The future is free

The recent roll-out of the Aldi Testers Club has struck a chord with consumers across the nation. According to some sources, Aldi received more than 17,000 applications for just 100 positions. Our own Pop Up Shopper Community has been running for several months and we’re not too surprised by this huge reaction – the free model works! I mentioned earlier that we are invested in determining, with better ways to approach, the issues associated with central location testing. Our second approach is based on a new model in which customers only get products delivered to them that they actually want to try. We’ve already found it faster, more effective and more accurate. The question is why haven’t more companies moved to this type of testing? With just 100 people to take part, and only one hamper every three months, it looks like Aldi’s club, in its current form, is just a pilot program to test the overall concept and perhaps to drive word of mouth. With the pool already filled with die-hard Aldi shoppers, there may also be some bias in their results. Our model is slightly different. We send products monthly, to far more people, and each hamper is customised so everyone only receives products from categories they buy from, ensuring it is relevant to them. We test products from across Aldi, Woolworths and Coles, and our shoppers are made up of shoppers from all three retailers. Regardless of the differences, we’re welcoming ALDI joining the space and lending their support to the many benefits behind decentralised testing. I’d advise FMCG companies and retailers to watch this space in 2016.

Tags:
Previous Article
Woolworths set to dump its Masters Home Improvement venture
Next Article
Why the Clio Awards is recruiting a CMO jury