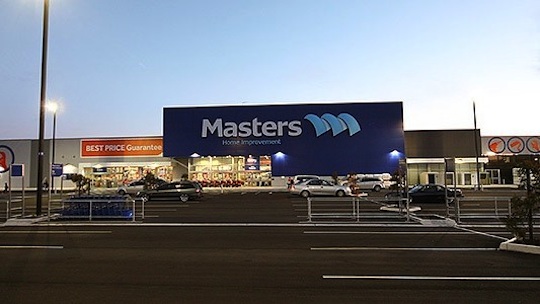 Woolworths has flagged its intention to end its home improvement venture, cutting ties with its “unprofitable” hardware chains, Masters and Home Timber and Hardware, most likely through a prospective sale or wind-up process.

Woolworths’ chairman Gordon Cairns told the ASX that, after a review, the company has concluded that it can no longer sustain the losses stemming from Masters, and as such, will end its involvement with the business over the next several months.

“Our recent review of operating performance indicates it will take many years for Masters to become profitable. We have determined we cannot continue to sustain ongoing losses from this business,” said Cairns.

The move is a back flip on the company’s stance at an AGM in November last year, where Cairns identified Masters as a priority, despite shareholders questioning whether the business should be sold off.

“It is a growing market, with a high fragmentation. There is plenty of room for a strong number two,” said Cairns.

Cairns went on to state his belief that the group had identified Master’s competitive advantage in the market, but its execution had let them down.

Woolworths has said its top priority will be to do the right thing by its employees, customers and shareholders as it attempts to minimise the impact of the decision.

Further to this, Woolworths says it will seek to provide alternate employment opportunities within the Woolworths Group to all current home improvement employees, should the company find itself unable to offload all of the business, forcing it to close operations at certain locations.

In the wake of the fallout from the collapse of Dick Smith, Woolworths has declared it will honour all gift certificates, product warranties, returns, lay-bys and the completion of any contracted home improvement projects. Gift cards can also be used at other Woolworths Group stores.