The average Aussie is a video gamer: 70% of all people play video games

The average Aussie is a video gamer: 70% of all people play video games 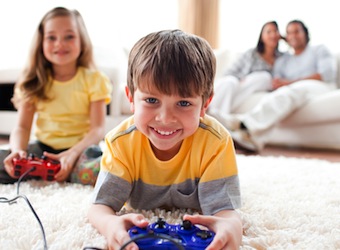 The average Aussie is a video gamer, according to a Bond University study released today, reporting that the typical gamer profile mirrors that of a typical Australian.

Once the exclusive pursuit of the under-25 age bracket, playing video games is now a pastime enjoyed by Australians of all ages, according to the University’s ‘Digital Australia 2014′ report.

Nine in 10 households own at least one interactive gaming device, and gaming is now very much a family activity with 86% of parents who consume video games playing with their children.

More older Australians are also playing interactive games on their smartphones, tablets and laptops, which is shifting the demographic of Australia’s video gamer population.

40 to 60 year olds represent the largest group of new video gamers in the last two years, with those aged over 50 now accounting for a fifth of the gaming population.

CEO of Interactive Games and Entertainment Association Ron Curry says the report reinforces the breadth of the gaming community.

“The first generation of Australian gamers are all grown up and playing video games not only for their own leisure, but as a way to connect with their children and their own parents,” Curry says.

“Whether we’re ‘snacking’ on a mobile game or enjoying the immersive experience of playing on a console, it’s clear that playing video games has truly become as mainstream as playing sports or watching TV.”

Key findings of the ‘Digital Australia 2014’ report include:

The ‘Digital Australia 2014’ report is the fifth study in a series looking at Australia’s interactive games usage and broader attitudes towards interactive entertainment.