Walmart pulls back from emerging markets to catch breath

Walmart pulls back from emerging markets to catch breath 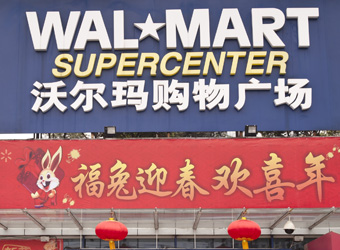 US retail behemoth, Walmart, has scaled back its expansion into emerging markets to “catch its breath” after having rushed in too fast.

Senior executives at the retail firm have expressed a need to slow down in China, Brazil and Mexico to allow existing stores in these countries to focus on best practice execution, Warc reports.

Speaking to the Financial Times, Charles Holley, Walmart’s chief financial officer, argued the pace of growth in Brazil and China in particular had simply been too rapid. “Clearly we’d gotten ahead of ourselves,” he said.

“We still feel very positive about those two countries… It’s all about us right now,” he added. “[We want to] let them catch their breath.”

As such, the organisation reduced its estimates of the new store square footage it would require this year by around 30%, broadly equivalent to the space taken up by 120 of its supercentres in the US, according to Warc.

Doug McMillon, the CEO of Walmart International, expanded on the decision, revealing that the retailer’s eagerness to expand in China had led to less than optimal performance. Implementing its ‘Every day low prices’ (EDLP) strategy was more important than opening more branches in markets such as Brazil and Mexico, McMillon said.

“We decided to slow down our new store growth in Brazil to ensure we are building a solid foundation to grow comp sales and to have EDLP in place.

“In China, as with the rest of our markets, our customers want stores that are easy to shop, easy to get into and out of and are convenient for their lives.

“In the past, we may have been too flexible and accepted stores that were located on too many levels or had difficult configurations. We now will open fewer stores this year than our original plan with only about half the new store square footage than we had forecast.”

“Our goal is to achieve profitability and returns that are more balanced and to do that, we must improve operational and sales productivity in some of our emerging markets,” added Mike Duke, the firm’s CEO.