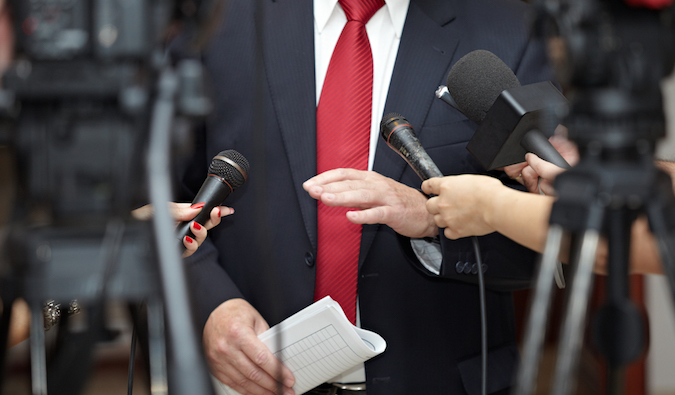 David Waller continues his coverage of Federal Election 2016, this time focussing on the ‘personal selling’ of candidates, and some political gaffes which have already occurred.

Another week, and another round of players in the political circus that surrounds an election.

Last week I discussed the role of political advertising, and the beginning of the campaign. A common belief about political advertising is that, by itself, it is not a major factor in an election campaign. It is only one factor that influences voter behaviour. Some recent election results have shown that the advertising does not appear to play a significant role in the final result of the election; rather the leaders, issues, policies, events, and the nature of the election are more important.

Political advertising can be a much weaker form of communication than what is said by the political candidates, or factual news stories, thereby making the ‘personal selling’ of the candidate, party, and policies a vital aspect of electioneering.

Unfortunately, political gaffes, a candidate not knowing policies, a constituent aggressively challenging a candidate on a shopping centre meet and greet, not remembering that they have a $2.3 million investment property (or if it is negatively geared), and even comments mixing up the name of the leader and the leader of the opposition, can have an impact in a campaign.

Related: Toby Ralph on why elections are always about the economy »

They are good for a laugh….

In the past week there have been a few mistakes by candidates, particularly David Feeney.

But then Finance Minister, Mathias Cormann, got his leaders mixed up.

Mathias Cormann says Bill Shorten is very caring and very much in touch:

But while there have been few car crash interviews so far, nothing so far comes close to Jaymes Diaz, Liberal Candidate for Greenway, in his interview during the 2013 campaign.

… although this one comes close:

Therefore, the value of paid and owned media, like paid advertising, and owned websites and social media, is that the parties can keep control of the message, unlike negative news stories, poor interviews and unprepared candidates.

Purchase a subscription to Marketing for the latest in opinion and analysis on Australian brands and campaigns.