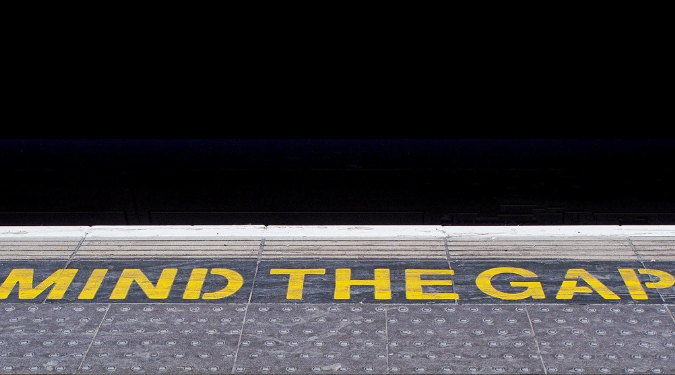 Gender inequality in the workplace has rightly been a big conversation in Australia recently. Alyce O’Brien writes about what factors contribute to the pay gap and how individuals, marketing leaders and businesses can take action to overcome ‘cultural complacency’.

Australian women were delivered the news that it is likely to take another 26 years to close the gender pay gap. What a joke!

The UN Women Australia’s recent campaign ‘When Will She Be Right?’ highlights the dismissive attitude women are faced with and the cultural complacency that things will sort themselves out, at some point.​ But for women, that point is still too far away.

Australia ranked 50 out of 156 countries on the latest Global Gender Gap Index and it seems we are going backward. In 2006, Australia was ranked 15th on the gender equality index and this year we ranked six places lower than last year, a reflection of the impact the COVID-19 pandemic has had on women.

Equal pay was recognised in Australia in 1969. Now here we are 52 years later being told to wait a further 26 years to ‘try’ to solve an existing pay gap.

What does it say to society when women are paid less than men for equal work? Organisations need to become more aware of their own pay gap. HR teams, hiring managers and business leaders need to continue to shift the attitudes to fix the problem – and push for more action and change.

The gender gap in some organisations is so large we hear they simply cannot afford to fix it immediately. These businesses are admitting they can’t afford to pay everyone fairly so they have to underpay some in order to overpay others.

Throughout my recruitment career, I have become increasingly frustrated by the lack of action and continued disparity across the marketing industry towards women.

Men position their salaries higher than women by $10K – $40K (and sometimes up significantly more on that) for the same role with the same years of experience. This isn’t just at the mid-senior level either, it is reflected across all levels.

Let’s face it being a hard-nosed salary negotiator isn’t exactly one of the traits you see in most creatives and marketers. Add to that most women don’t know they are being paid less than their male counterparts. As such, they can’t take action to fix it.

Realising the critically important role I play in addressing this issue I increased female salaries to meet or exceed the expectations of male candidates for the same role – and successfully secured the positions!

My role in addressing this issue is something I take seriously. If I didn’t, women who are already underpaid would continue to have the pay-gap follow them from one organisation to the next – and it would continue throughout their career.

What contributes to the pay gap?

There are many contributing factors with the biggest due to the continued discrimination women face during the hiring and pay decisions, along with the lack of transparency and knowledge around salaries and benchmarking of roles in market.

Other factors include the lack of flexibility workplaces provide to care for children and the fact women still take up the disproportionate share of unpaid work and, as a result, spend greater time out of the workforce.

Both America and the UK have introduced a ban on pay secrecy clauses in an attempt to decrease pay discrimination. Here in Australia, it is still perfectly legal in employment contracts. This means both employers and employees remain tight lipped about salary packages across the board. This must change.

Transparency and market knowledge is key

Even today, some candidates are not comfortable sharing their salaries with recruiters. We need honesty and transparency to help identify where you sit in market to bridge the gap – not to pay you less than you are worth.

This also goes for employers. Businesses that don’t share salary ranges up front rely on asking candidates what their expectations are. What this does is put the onus of guaranteeing equal pay onto female candidates when some applicants simply have no gauge on what the role is paying. Especially if the role they are applying for is in a different industry or when marketers make a move out of an agency and into a brand role, for example. This process – whether unwittingly or not – directly contributes to the pay gap of that organisation.

Not surprisingly, women often advise that salary is not the biggest motivator for making a move. Instead, flexibility and working hours are the most critical. This presents the issue of women making a move at the same salary or sometimes accepting lower salaries if they are afforded flexibility and the option to work from home when needed (pre COVID-19 times).

What can you do as an individual?

What can you do as a marketing leader?

What can you do as a business?

Alyce O’Brien is a recruitment leader, team strategist and the director and founder of LevelUP.

Image by Andrew Martin from Pixabay.