Only 29% of Asia Pacific information workers view themselves as ‘engaged employees’, according to Forrester Research’s Forrsights Workforce Employee Q4 2013 Survey.

India holds the highest percentage of engaged employees at 42%, while Japan holds the lowest at 10%. Singapore is second from bottom at 17% compared to the regional average at 29%. 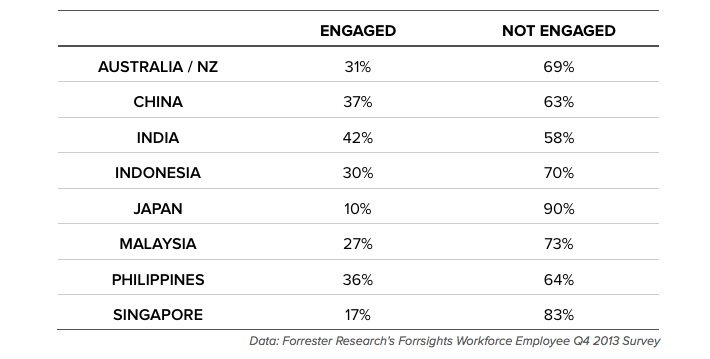 Overall, Forrester found that employees who are engaged are more likely to agree that they “feel recognised for their efforts put in” and “feel challenged at work every day” compared to those who are not engaged.