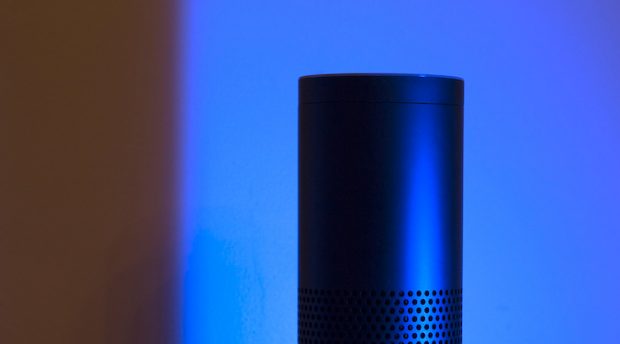 Voice experience is fast becoming the next frontier for brands. How can today’s marketers prepare? Start with the acknowledgment of VX and the inevitable move towards a screenless future.

According to research conducted by eMarketer and analytics platform VoiceLabs, consumers are embracing voice technology at a rate unprecedented, even compared to the uptake of mobile. It’s predicted that, by 2028, 50% of all computer interactions will be conducted via voice-mediated artificial intelligence.

Consider, also, that a report by Juniper Research forecasts ad spend on voice to climb to $19 billion globally by 2022.

While much of today’s discussion about voice centres on technology such as Amazon’s Alexa or Google Home, voice-controlled systems have been around for many years in such technology as navigation and search.

The fact that it has become such a hot topic can, in part, be attributed to Amazon and Google as their voice assistants have now infiltrated millions of homes around the world, but it’s well on its way to impacting every single touch point of a brand.

Make no mistake, voice is here and it’s only going to become more ubiquitous for consumers and brands alike, even though eMarketer says only 2% of marketers considered it a priority at the start of 2018. While some brands already see tremendous value in exploring the possibilities of voice technology such as search, the real opportunity lies in voice experience (VX).

Put simply, VX moves beyond sheer utility to provide an experience for the user. It takes the technology and finds a way for brands to utilise it to make a true connection.

According to Patrick Guerrera, founder and CEO of brand consultancy Re, the expectations of today’s consumers are making this an area ripe for brands to leverage.“Smart brands are starting to consider VX as an integral part of their consumer experience,” he says.

The opportunity for VX is vast, as the technology is accessible for people of all ages. Shannon Bell, creative director at Re, says, “Unlike smartphones, voice-activated technology doesn’t require learning a new skill or tinkering with a complex interface. Teaching non-digital natives how to use a phone beyond its basic utility can be very difficult. But with voice, there isn’t that barrier.”

On the flip side, younger users are finding ways to use voice that other generations couldn’t even imagine, a product of growing up with technology at their fingertips. A number of voice offerings cater directly to this audience, such as Chompers, an Alexa skill by Gimlet Media, which gamifies the experience of brushing teeth twice a day for kids.

It’s hard not to imagine a VX-led world when kids are embracing the technology as part of everyday activities at such a young age.

One of the challenges for brands getting into this space is nailing the tone, particularly as machine learning capabilities become more advanced. “It is a balancing act to ensure data is being used in ways that aren’t creepy,” says Guerrerra.

This is why a brand’s personality and a unique tone of voice have never been more critical. The nature of the offering will likely dictate whether the tone can be straight-to-the-point and functional or chatty and playful. But sometimes going beyond the expected can deliver dividends. One such example is a Word of the Day Skill created for the Amazon Alexa, which caught the attention of the Amazon team following above average reviews.

The skill was winning fans based on its witty scripting and delivery. “There are many aspects to consider from gender, to how formal or informal it is. The tone of voice is a critical ingredient in enabling not just moments of truth, but moments of magic,” says Guerrera.

Decisions such as these, however, need to be taken in the context of the rest of the brand. Guerrera says, “You wouldn’t consider VX as a stand-alone channel. It needs to be a critical component of your brand experience architecture.”

Does every brand have the right to speak?

As VX continues to gain traction, there is a very real danger of brands entering this space for the sake of it. That has been the case with technology such as chatbots and, before that, mobile apps. So does every brand have the right to speak? Guerrera believes this is a consideration that should not be taken lightly and it will be impacted by the limitations of the technology.

For example, right now, brands looking to establish a presence on Amazon or Google platforms need to choose from a set of prerecorded voices. “The technology has still has a long way to go to be truly representative a brand,” he says. That said, imagine a future where consumers only make purchases from a voice activated device.

If your competitors are utilising the platform and you’re not, your brand will not even be within their consideration set, so it’s worth thinking about how to work with the available technology so that you’re in the mix.

The good versus the bad

So what makes a good VX? For starters, it needs to meet the most basic requirements of utility. For example, if you ask a question, you need to get an accurate response. Your request must be resolved. That’s VX 101.

To take it to the next level, there are a number of factors, such as tone of voice that need to be considered, but it also pays to consider the level of ‘humanness’. “Basically, the more human the VX is, the more forgiving consumers are of its mistakes and inaccuracies. Ultimately, that has a lot to do with the brand personality, but also the technology behind it and how that plugs into the VX,” says Guerrera. 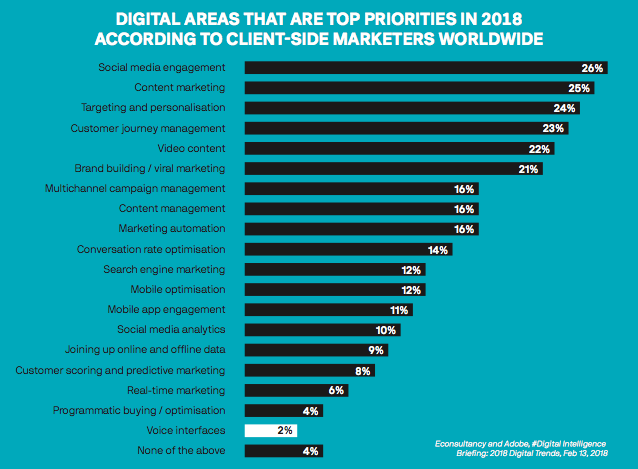 The future of VX

The brands and sectors that could utilise this technology are limitless, but some examples Guerrera notes include entertainment, financial services, health, aged and childcare and nutrition, to name a few. “There is an opportunity for any category, really. You’re only limited by your imagination as to what voice can do. The sky’s the limit,” he says. And, as we move into the future, voice is placed to eclipse other brand touch points.

Guerrera says: “There is a real potential for a screenless future where we won’t even need screens to engage.” In the words of Joy Howard, chief marketing officer of Sonos, “the screens of the future will increasingly be speakers.”

Guerrera concludes: “We are moving into a voice-first world. The screen-first era is over. So if you’re not leading with voice, you’re at risk of losing your relevance to consumers.”