Adshel rebrand, one year on: internal reactions, metrics and the ‘no dickhead’ policy

Adshel rebrand, one year on: internal reactions, metrics and the ‘no dickhead’ policy

Outdoor media owner Adshel’s dramatic rebrand aimed to be a reflection of the fun and innovative culture that Adshel has had all along – they just needed to show the world.

We sat down with Adshel’s marketing director, Nicole McInnes, to talk about logos, art direction and having a ‘no dickhead’ policy at work.

Marketing: You’ve gone through a huge rebrand – have you done similar ones before?

McInnes: I did a partial rebrand of AAPT. That was a different experience because it was a great brand that needed changing because of new management and no other reason, so it was a much tougher job, whereas with Adshel they didn’t want to rebrand but when I arrived I wanted to really change the look and feel to match the culture, which was really fun.

I had come straight out of American Express, which is very lovely, but extremely formal, and so for me it was like going from black and white to colour, so I was really excited.

When I saw the marketing communications I got quite excited but I knew ‘I can change something here.’ So, I have done it before but under very different circumstances.

Was changing the culture of the business part of your rebrand and if so, how did you go about doing this?

I think the main part was trying to match the outside to the inside. Normally, it’s the other way around. There was also a new CEO, though, and he had quite a different approach to the prior CEO who had been there for 11 years, so he had a culture that was really embedded, that was quite different to this new CEO, both great guys, both lovely guys, but different approaches to business and leadership.

It was also post GFC, and our parent companies were suffering through the European recession, and so the pressure on our businesses as part of a European parent company was quite high, and I think higher than it had been in the past.

All companies had to change and take it on the chin and those that didn’t were on a bad trajectory. There was some culture change that had to happen as well, but the rebrand really was designed to bring the vibrancy that I saw, when I first joined, outside and leverage that more strongly.

All our clients are media and marketing people. They’re looking at creativity and they’re inspired by that every day, so to have a Times New Roman, old fashioned, spaced out logo… I think it was, like, a 60-year-old logo as well.

Previous marketing directors had had a go at trying to lighten it up with look and feel, but you’re always anchored back down to that classic, conservative logo, which set a bit of an external communications formality that didn’t need to be there. 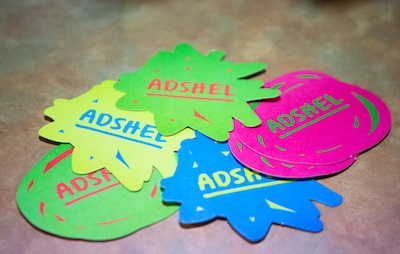 How have you gone about changing the personality of the brand? How is it tracking?

I’ve sort of described a little bit about the ingenuity and that authenticity, so it’s pretty down to Earth. We even have a ‘no dickhead’ policy.

A ‘no dickhead’ policy? Is that in the brand guidelines?

Have you received much feedback on the rebrand afterwards?

Yeah, we did, we got a lot of good feedback. And, one of your questions was, did you encounter any obstacles. The feedback from agencies especially was so important to make sure that sales became advocates for the new brand, and one girl said, “I love your new brand, it makes me want to buy stuff from you,” and I just went, “Oh.  I don’t even know you but I would have paid you to say that.”  So it was fantastic, and you know, I couldn’t have put it any better.

“And here is an order form…”

But, you know, that was nice, because she basically said, “This stuff does effect sales and revenue over the year,” which is always quite hard to prove.

But it’s about reasons to believe both in branding and in the company, if they’re going to buy from you or not. People still buy with emotion and then, especially in B2B, justify with facts, I think. I think I read that somewhere so I’m probably plagiarising, but it’s just so true. And so, the misconception in B2B is that it’s a waste of money because they’re at work, they just choose on facts, speeds and feeds, and that’s it. That’s all you need to tell them, and then they’ll make the decisions.

You did mention some internal resistance, but was there anything challenging about the culture change throughout the organisation?

Yeah, that’s the hardest part. Especially to someone with my background and experience. I think if I had my time over, I probably would have got an internal comms or a corporate comms person to be on a contract or something. But this is where the budget discussion comes in. How big is your budget, and how long is a piece of string? So you have to make choices.

I worked really closely with our head of people and performance, and we launched it internally at the Christmas party, and we gave everyone the goody bag, with the brand book in it to explain the brand. And I think people were really shocked, and because I had been living the journey for nine months, I was quite surprised at how surprised everyone was. They were just like, ‘wow’. It was such a massive departure and I didn’t really allow for that. For me it was natural, I was like, ‘Yeah, yeah, this is cool, it fits. It all works, it’s right.’

But people who had never seen it before they were just like, ‘Wow’. From there to way over here, and I think it took some getting used to. 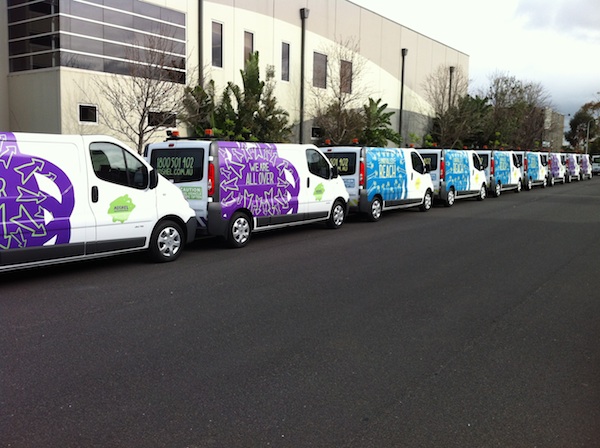 What metrics are you tracking?

As I said earlier, it’s very hard to make direct links between revenue and the brand refresh but we use the anecdotal feedback for that as an indicator, but the metrics that we’ve looked at, that I’m really pleased about, is the one I started with, the un-prompted perception. In the eight months since it launched it went from ‘reliable, friendly bus shelters’ to ‘innovative and creative’, and I was over the moon with that. I didn’t expect it. I thought I might get a little tiny move, and I definitely wasn’t expecting those two words.

That’s moved the dial. For me, that’s a big success metric for it. Now it’s just a matter of evolving. Especially today, you can’t just do it and then go, ‘oh, it’s done’.

So we’re working now on evolving it for this year. Especially in the media industry, they just expect things to change all the time. They get bored I think. I don’t know. The content now is changing all the time anyway, it’s not just media, I think it’s people in general, they just want new content. I’m the same, I just get on the websites now and just get bored and, ‘Come on, where is this good stuff that I need straight away?’

So I think we’re spoilt for choice, but we expect change and new stuff, so we’ll be building on what we’ve done and moving it on slightly this year, and other things. This years’ task, the brand, because it won’t be as mammoth an effort as just launching it from scratch. We’ll be able to do incremental changes now and embed it further into the company.

Tags:
Previous Article
Google drops Wildfire: how should social marketers react?
Next Article
Want to build a brand app? Read these five tips to succeed where others have failed first