Apple-Samsung verdict is in: Apple awarded $1 billion in damages

Apple-Samsung verdict is in: Apple awarded $1 billion in damages 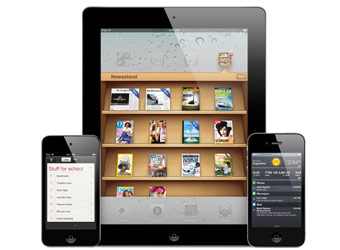 The Apple vs Samsung trial has finally reached a conclusion with the jury reaching a verdict after two days of deliberation.

Samsung must pay Apple just over US$1 billion for infringing several of its patents in Samsung smartphones and tablets, a California District Court jury decided on Friday.

The decision was complicated with allegations on three Samsung companies and 20+ devices.

Samsung did score at least one victory — it’s Galaxy tabs did not infringe on Apple’s 889 design patent, the jury said.

For each patent the jury found:

– For each of the following products did Samsung (SEC, SEA, STA) infringe claim 19 of /301 patent, Answer for all devices is YES

– Samsung’s claims that Apple patents are invalid: Jury says NO on all patents.

Now for Samsung’s claims against Apple…

– Did Apple prove they were invalid? No across the board! No damages so far…

– Antitrust: Did Apple prove that Samsung breached it’s obligations when developing the UTMS standard? NO