BetEasy rebrands to CrownBet to align with Crown Resorts brand

BetEasy rebrands to CrownBet to align with Crown Resorts brand 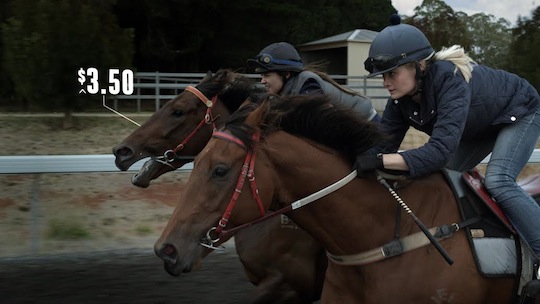 BetEasy has been rebranded as CrownBet in an attempt to make the online wagering company easily recognisable as a Crown Resorts brand.

CrownBet is the only major Australian-owned wagering company in a landscape dominated largely by European players. Australia’s online sports betting industry is worth over $13 billion. Roy Morgan Research found that in June 2014, almost four times the number of Australians placed a sports bet online than those who placed a bet at the TAB.

Crown Resorts took ownership of 67% of the company after James Packer bought into BetEasy late last year. Crown Resorts registered Crown Bet under the Australian trademark office when the joint venture was made.

CrownBet CMO, Ed Owens, said the aim of the campaign is to “build both immediate and high levels of awareness and registration” for the company.

“With the combined technology and sporting knowledge of this brand, we really are going to change the game for online wagering,” said Owens.

“The synergies between CrownBet and the Crown Signature Club will provide unparalleled value to the our respective customer bases and new members,” said Tripp.

Tripp launched BetEasy in April 2014 after the $10 million acquisition and rebranding of Betezy. In December last year, BetEasy outbid betting giant Tabcorp to secure a five year partnership with the AFL as its official partner.

The campaign, launched by creative agency GPY&R, will be led by three television commercials and backed by an integrated national campaign. The 30 second commercials will focus on the brand, Autumn racing and the AFL.

“It’s a rare privilege these days to launch a big, serious Aussie brand… and it’s been one that GPY&R has thoroughly enjoyed. It’s particularly exciting to work with a team that can blend such deep sporting knowledge with technological innovation,” said GPY&R managing partner, Julian Bell.