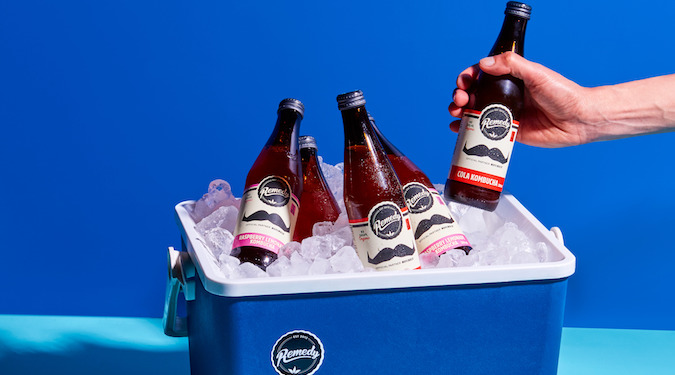 Fire safety preparations are at the forefront for Rural NSW Fire Services, Remedy joins a global charity and Domino’s gets spicy this week in campaigns across the nation.

Remedy Kombucha has partnered with global leading men’s health charity Movember. The partnership kicks off with a ‘Mo-edition’ of the beverage where 50 cents of each sale goes to the charity.

The partnership is hoping to encourage men to ‘open up with Remedy’ and start the conversation around men’s mental health.

The partnership is scheduled to run for 12 months.

Titled ‘Live Bushfire Ready’, it revisits striking images from the Black Summer fires. It is an integrated campaign, juxtaposing images of Australians preparing for the forthcoming potentially deadly season with the harsh realities of past experiences.

Domino’s has a scary Halloween

Domino’s pizza roulette is back! To celebrate Halloween, Domino’s is going spookier than ghosts, with something a little spicier.

The pizza chain has released Domino’s roulette, which includes a flavour of the world’s hottest chilli, the Carolina Reaper, on a slice of pizza.

The catch? The consumers won’t know which slice of pizza the chilli is on until it’s been consumed.

It may not be a scary costume, but this spicy campaign is for the brave. It runs from 25 to 31 October.

Previous Article
Facebook Australia and AAP encourage people to ‘Check the Facts’ in latest campaign
Next Article
How should brands be engaging with digital creators?