Cecylia Grendowicz explores the changing nature of the UK home improvement retail market, and asks whether Wesfarmers’ acquisition of the Homebase brand and stamping the Bunnings brand name on it will be enough. 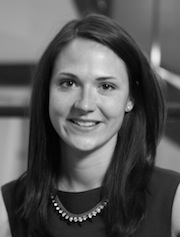 Change is afoot in the UK home improvement market, with retailers at risk of losing relevance and Australian conglomerate Wesfarmers poised to shake things up through its acquisition of Homebase. The question is, will it be able to reverse the retailer’s fortunes?

All things considered, this should be an exciting time for the home improvement sector in general. David Goyder, managing director of Wesfarmers, says that, “the GBP38 billion home improvement and garden market is a large and growing market with strong fundamentals,” and Wesfarmers sees ‘strong potential’ for expansion.

There appears to be a real enthusiasm for DIY and crafts at the moment, spurred on by sharing sites like Pinterest, and growing in particular among women. In fact, a recent survey by WD Bathrooms showed that 60% of women in the UK say women are now more likely to carry out home improvements than their partners; which means there is, in theory, a new and growing consumer base in the UK.

However, when it comes to UK home improvement retail, it remains the domain of middle aged men. Verdict Retail’s ‘How Britain Shops 2015’ survey showed that DIY remains weighted toward older and male consumers, as it traditionally has been. The age group with the highest proportion of DIY shoppers is 45-64 year-olds, and the customer profile also remains skewed toward male consumers, who make up 55.6% of all DIY shoppers. This is of course most easily explained by the high percentage of trade shoppers, who tend to be drawn either to hard-end trade stores like Travis Perkins, or to the wider DIY offering of B&Q.

However, there are other factors at play in the market that have led to Homebase’s declining sales and store closures. The UK housing market is a key consideration; house prices continue to rise, meaning fewer homeowners and more renters, who are mostly uninterested in DIY beyond the occasional quick fix. For these quick fixes, high street stores like Tiger, Clas Ohlson and Robert Dyas are more than enough. Just as we are witnessing the decline of the weekly shop at the supermarket out of town and a decline in car ownership, trips to ‘big box’ home improvement retailers are becoming less frequent.

Another interesting threat to the home improvement sector comes from the so-called sharing economy. After all, why buy DIY tools and materials when you can borrow them from lending services like Streetbank; and why ‘do it yourself’ at all, when you can get someone else to do it for you using apps like Taskrabbit. ‘Do it yourself’ is increasingly becoming ‘do it for me’ thanks to services like these, as well as the influx of cheaper labour from abroad; meaning that home improvement stores are still catering mainly to trade.

With Travis Perkins and B&Q owning DIY in the UK (in the case of B&Q, literally – the retailer owns the URL ‘DIY.com’) and brands like Ikea and Made.com offering on-trend home furnishings at attractive prices, it’s not hard to see why Homebase is struggling. The retailer has tried to straddle both markets, after acquiring home furnishings chain Habitat; but by trying to be everything to everyone, it has started to become nothing to no one. The retailer now needs to focus on one thing, and do it well. (As Bunnings does in Australia, with its low-price model.) It needs to be single-minded as a brand, but still differentiated.

So is a low-price model really enough to turn Homebase around? Certainly in food, heavy discounting has proved successful, with the likes of Aldi and Lidl now presenting a serious threat to more established, expensive retailers like Sainsbury’s and Tesco. Undercutting B&Q prices could help Wesfarmers boost sales in the UK, but is this a short-term strategy?

The four P’s of marketing are all very well (price, promotion, product, place) but they neglect the importance of brand. The Homebase name may have negative associations at the moment (old-fashioned, unprofitable, dull) but it has been around for 37 years, and is trusted. Taking on the Bunnings name, which is almost unknown in the UK market, is a risky strategy, and could put the brand at an initial disadvantage. In order to counter this lack of familiarity, the brand will have to offer something that other retailers don’t; and that means more than cheap DIY materials. Service is key, as well as a wider lifestyle offering.

If the bigger problem is a general and increasing lack of relevance, especially to young urban renters and women, retailers need to extend into a more profound, relevant offering to engage consumers. B&Q has attempted to do just this, by actually joining forces with the Streetbank lending platform, allowing people to share and swap resources. This shows a real understanding of their consumers and a relationship that goes beyond pushing products. In Australia, Bunnings has a strong ‘family friendly’ offer that may work well in the UK and appeal to female consumers in particular (the Verdict Retail survey showed that ‘excellent customer service’ is a key driver for the growing female DIY audience); including In-Store Events and free DIY workshops for kids and adults.

Low prices may be enough to draw in the all-important trade consumer base, but this leaves a lot of untapped potential in the UK market. In order to unlock this potential, retailers will need to think outside the ‘big box’ and present a wider lifestyle offering to attract non-trade customers, especially women and millennials, and get them engaged with the category.