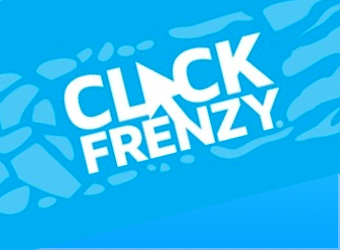 The first event, in 2012, had some hiccups, (‘Botched Click Frenzy sale event – advertisers ask for refund‘) but 2014’s event has seen solid growth by all accounts.

Here’s what various parties are reporting about Click Frenzy 2014:

Two years on, retailers have improved their strategies and tactics and customers are responding, says Click Frenzy Pty Ltd’s PR representative, with significantly more activity across a broader range of offers than seen in the two years the event has run previously.

The company is reporting the following key statistics for the 24 hours between 7pm Tuesday 18 and 7pm Wednesday 19 November 2014:

The top brands and products were:

Click Frenzy says it’s too early to predict sales results, other than to, “safely say we project an increase on 2013 sales figures.”

IBM today reported record online and mobile sales for Australia’s third Click Frenzy ahead of the Christmas shopping blitz. The results are based on Australian online shopping transactions analysed by IBM Digital Analytics Benchmark. The key trends are:

Ian Wong, retail industry lead for IBM Australia, said, “Our hypothesis is that omni-channel retail experiences have really taken hold in Australia over the last 12 months. We anticipate customers are fusing in-store experiences, using the concept of ‘show-rooming’ to touch and feel products, complemented by mobile browsing both in and out of store, and then using the convenience of online to make the purchase. Australians are really making the most of multiple retail channels to get the best products and best deals possible – and we anticipate this trend will continue to grow in popularity.”

These search marketing stats were provided by Marin:

Marin predicts that as Click Frenzy grows, more retailers participate and more competitors emerge, online activity will follow and so will the ad dollars.