Doritos Crash The Super Bowl 2015: Who will make the next ‘Finger Cleaner’?

Doritos Crash The Super Bowl 2015: Who will make the next ‘Finger Cleaner’? 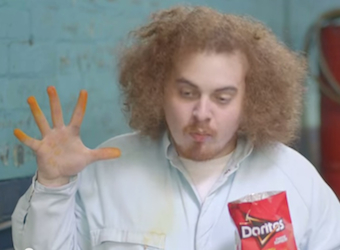 PepsiCo’s Doritos ‘Crash The Super Bowl’ competition will soon begin its annual search for the best fan-made advertisement showcasing the brand. The global winner will win $US1 million and a ‘dream job’ at Universal Studios for a year.

The NFL’s Super Bowl broadcast in February 2015 will include the ads of two finalists, one selected by fan votes and the other by a judging panel including actress, producer and director Elizabeth Banks, advertising executives and Doritos brand executives.

This year will be the second time ‘Crash the Super Bowl’ will be open to international entrants. The competition itself has been running for more than eight years.

Last year the competition attracted more than 5400 entries from fans in 30 countries. Australia produced the second-largest volume of entries per capita out of all the countries that entered outside of the US.

PepsiCo ANZ marketing director Jenni Dill said: “After the success of the ‘Crash the Super Bowl’ competition in Australia and New Zealand last year, we’re very excited that fans now have another chance to enter their own homemade ad.”

“This is a huge opportunity for filmmakers to break into the entertainment business in the US and beyond, with the chance to win a dream job with Universal Studios. Given the quality of emerging talent in our local industry, we know we’ll be well represented by any Aussie or Kiwi entrants who make it through to the finals.”

Doritos plans to support the campaign in Australia and New Zealand with digital advertising, social media and public relations.

Entrants can submit their 30-second ad to the Doritos website between 13 September and 9 November 2014.

Individuals from advertising agencies are welcome to enter but companies are excluded.