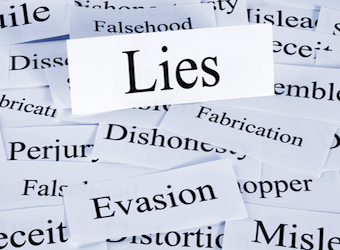 A raft of broken promises, a tangled leadership ballot and continued speculation about a slowing economy in 2012 have all informed the latest 2013 figures coming out of global public relations firm Edelman. Declines in trust of all institutions (NGOs, business, media and government) and nearly all industry sectors were prevalent with Australians when the results came in, yet trust globally has increased.

The Edelman Trust Barometer, now in its 13th year, undertook its global study of 31,000 participants in 26 markets, and among the Australian general public 46% do not trust business leaders to tell the truth, with only 32% believing a CEO of a company is a credible source of information.

Among the general public, academics (61%) and technical experts (58%) remain the two most credible spokespeople, while CEOs (32%) and government officials (30%) were more credible than only bloggers (15%), professional athletes (15%) and news anchors (17%).

In this federal election year faith in Australian government leaders is also low with only 32% trusting politicians to tell the truth – down from 38% last year.

Michelle Hutton, CEO, Edelman Australia, reveals that lines of communication need to be transparent in order for business and government to reel back the trust of the public.

“Reengaging an otherwise ambivalent public has to start with genuine open dialogue,” she says. “Australian business and government currently has a leadership vacuum that engagement, integrity and purpose should fill.”

In terms of trust in industry sectors, Edelman reveals that its once again technology, food and beverage, and brewing and spirits that were the three most trusted – among both informed Australians and the general public.

Other key findings from the 2013 Edelman Trust Barometer include: