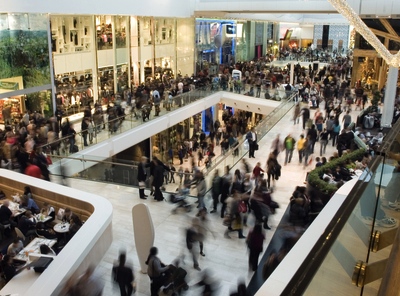 Consumer confidence soared by 7.7% in February to put the ‘Westpac Melbourne Institute Index of Consumer Sentiment’ at a two-year high amid vastly improved perceptions of the economy.

The jump, to 108.3, sees the index break free of an extended period of declining or neutral readings, with the sharemarket recovery suspected as a motivator for increased confidence in the economy.

Interest rate cuts, which have seen a 175 basis points reduction since October 2011, may also finally be starting to gain more traction with the consumer, says Westpac’s chief economist, Bill Evans.

But Evans also notes the influence of media on the index is hard to predict, with mixed news of an interest rate on hold, mild housing market recovery, weak retail sales and dwelling approvals data, and flat-lining unemployment a motley backdrop to the strong gain.

The piece of news that is new over the past few years is growth in the stockmarket. “Sentiment may have been buoyed by a strong start to the year for financial markets,” Evans speculates. “The ASX rose 4.8% between the January and February and surveys and is up 13.8% from its mid-November low. News from offshore has also been broadly supportive.”

All index components recorded gains in February, but the strongest lift in sentiment came around views on the economy. The sub-index tracking consumer expectations for ‘economic conditions over the next 12 months’ surged 14.7%.

The longer term outlook also lifted with the sub-index tracking views on ‘economic conditions over the next 5 years’ up 10.8%, to reach well above its long run average.

On the other hand consumers had more mixed opinions of their own finances. The sub-index tracking assessments of ‘family finances versus a year ago’ posted a solid 7.3% rise but remains weak overall, while the measure tracking forward views on ‘family finances over the next 12 months’ was only marginally higher.

There were encouraging signs for retailers however with consumer views on ‘time to buy a major household item’ up 5.5% to its highest level since October 2010, mirroring findings from a Nielsen study conducted in the last quarter of 2012.

Looking ahead, Evans says the improvement will need to be sustained and flow through to actual spending to counteract the downturn in mining investment expected in the second half of this year.

“At this stage, the picture on actual activity is still not convincing. Housing finance and retail sales figures point to significantly weaker momentum in these sectors late last year. Meanwhile the non-mining business sector also looks an unconvincing prospect to help offset the mining slowdown with higher investment. Without businesses supporting the economy by lifting investment and employment plans, consumer optimism could quickly fade. Consumers could also lose confidence if the more positive tone on the global economy and sharemarket rally are not sustained.”

Westpac expects a drop of 25 basis points when the Reserve Bank Board next meets on 5 March.

Confidence levels remain well below the levels recorded during the last interest rate easing cycle in 2008-09 which saw sustained readings of around 120.