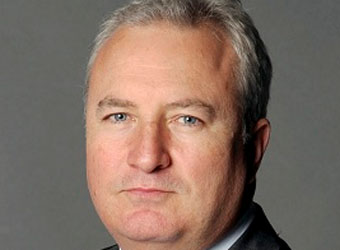 Fairfax has dumped its editors-in-chief for the Sydney Morning Herald and The Age – Peter Fray (pictured) and Paul Ramadge – as part of its dramatic restructure announced last week.

The positions will no longer exist under Fairfax’s new management structure, which will see the publisher shed 1900 jobs and move to tabloid size for hard copy and pay walls for online under its ‘Fairfax of the Future’ scheme.

Fray will leave the company on July 5, after spending 24 of his 27 years in media at either Fairfax Media or Rural Press. During his leadership of the Herald the newspaper was twice named (2009, 2010) the best newspaper in the Asia Pacific region by the Pacific Area Newspaper Press Association (PANPA).

Ramadge who has been editor-in-chief at The Age since 2008 and saw the paper win Newspaper of the Year for 2011, will step down from the role early next month.

The Herald’s editor, Amanda Wilson, will also leave the company, with her last day coming on June 29.

The press releases announcing the move both contained statements from the departing chiefs:

“I have enjoyed a wonderful and rich journey in this company and after much soul searching decided that now is the time to step out and seek new challenges,” Fray says. “I am especially proud of the investigative journalism work we’ve done, the many campaigns we’ve championed and, on the publishing side, the new products we’ve developed, such as the tablet, the compact business and sport and, most recently, the new Sun-Herald.

“I fully appreciate these are difficult and trying times in the media industry but I know that qualities embodied in The Age, the Herald and Canberra Times mastheads and their staff will continue to play a vital role in our society.”

Ramadge says it had been a great privilege and honour to edit The Age. “I came to Melbourne 16 years ago because I had a deep affection for The Age and all it stood for,” he says. “I had to pinch myself when I became one of just 21 editors in The Age‘s proud history. I mean it when I say I love the place. I am extremely proud of my colleagues. They champion public-interest, independent journalism. When we were challenged, by economic conditions or by those with narrow interests, we stood as one, resolute in our ethics and standards.

“These are extremely challenging times for the media. As I leave The Age I am convinced that our nation needs The Age more than ever. It is an essential guardian of truth and fairness. I want to thank Fairfax Media for giving me this opportunity. I want to thank The Age‘s hard-working and passionate staff. And I pass my best wishes for the future to Fairfax’s current leaders.”

Key appointments for the mastheads will be announced this afternoon and tomorrow morning.