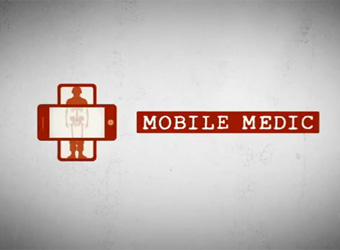 The first of four awards ceremonies to honour the winners of the Cannes Lions International Festival of Creativity saw Australia pick up eight awards in the Direct category.

GPY&R Melbourne won Australia’s only Gold in the category for its Mobile Medic campign for the Australian Defence Force.

Out of a field of 85 winners, Australian agencies took home eight awards, a strong increase on last year’s bag of two. Whybin TBWA Tequila Sydney’s ‘Grazed on Greatness’ campaign, which won two gold in the PR Lions, took home a silver and a bronze, and the agency’s ‘Car Creation’ campaign for NRMA Insurance also won a silver.

2357 entries were submitted into the Direct Lions category, an increase of 27% compared to 2011. 227 went on to make the shortlist of which 15 Gold, 25 Silver and 44 Bronze Lions were awarded. The Grand Prix was awarded to Crispin Porter + Bogusky’s ‘Small Business Gets an Official Day’ for American Express.

The prestigious Direct Agency of the Year award was won by Serviceplan Munich with Wieden+Kennedy Portland coming in second and DDB Brasil São Paulo taking third.