Harold Mitchell to cash in on $4.8bn sale of Aegis

Harold Mitchell to cash in on $4.8bn sale of Aegis 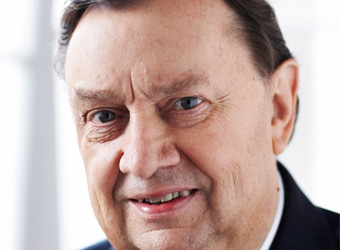 The deal, which has been recommended by the Aegis board, would deliver chairman of combined Aegis Media Pacific, the Melbourne-based Harold Mitchell, $180 million for his 4.2% stake in the group.

Mitchell’s decision to opt for shares instead of the $100 million in cash offered when he sold Mitchell Communications Group to Aegis two years ago looks set to pay off to the tune of an extra $80 million when the deal goes through.

Mitchell called the deal a “rare opportunity”. “Myself and our management team are fully supportive of this proposal and are very focussed on ensuring the benefits and opportunities are captured for all our stakeholders and especially for our people and our clients,” he said.

“Locally for us in Australia and New Zealand, it is business as usual for the group that’s already the largest in the region. The combined group, with aligned visions and strategies, will deliver continuity and stability for our clients and people, whilst providing us with increased global strength.”

If approved by Aegis Group shareholders, the deal is likely to be finalised in quarter four this year.

Tags:
Previous Article
ACMA: New code to crack down on telco ads, save billions in ‘bill shock’
Next Article
The tricky art of naming your new small business