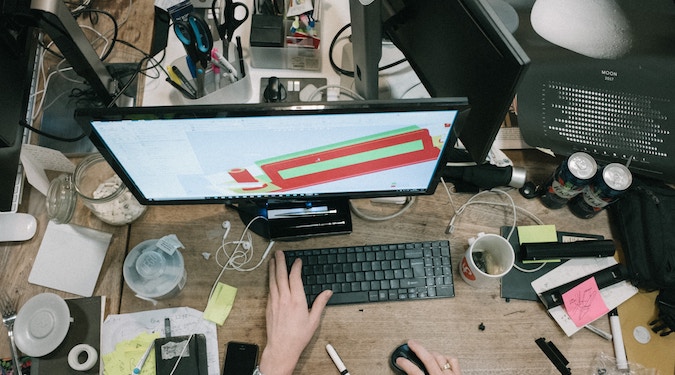 Answering emails, glancing at reports, unexpected five-minute meetings – they all add up, and when they aren’t recognised within the full scope of your work it causes problems. Marketing speaks with Fintan Lalor to discuss the unspoken issue of hidden work.

Marketers are used to an always-on, fast-paced working environment, where productivity is key. So it isn’t surprising that, in the flurry of it all, tasks can go unaccounted for. Fintan Lalor, APAC regional manager for Wrike, a cloud-based collaboration and project management software, calls these often under-appreciated tasks ‘hidden work’. Hidden work is invisible to a manager and sucks up time without you noticing – answering emails, responding to chats – small, non-routine tasks (sometimes even favours) that come from around the organisation. They’re the tasks that make you wonder where the day went.

Marketing spoke to Lalor to learn more about how hidden work contaminates the marketer’s workflow, how technology can be used to mitigate the problem and what you can do on a personal level to address the damaging effects of hidden work.

Marketing: What is hidden work?

Fintan Lalor, regional manager APAC, Wrike: I suppose, to me, there are a number of different things. Though I look at it from an individual standpoint, when I think of hidden work it’s about work that someone thinks about at half past 10 at night, when they’re brushing their teeth or about to go to bed. It makes them panic because they forgot to do it, and it effects their sleep. Hidden work is work that’s forgotten about, it’s work that isn’t assigned correctly, it’s work that generally just slips through the cracks because there is no clear action on what to do, who has to do it and what has to be done.

Looking at that in a little bit more detail, the things that happen even when you put a project or a work management team in place is the next thing you face is under-scoping that work. A great example of that would be, say, if you’re organising an event and you need to organise a number of speakers to make up a panel at the event. That seems like a really easy task to do and a lot of the time something like that could be assigned to someone without giving them the ample amount of time to do it.

So on top of just getting control of that invisible work you’re able to see what you have to do and when you have to do it. It’s basically what our professional services team here at Wrike do – help you scope out that work. So one, you can see it but two, you’ve got a realistic timeframe around it to allow you to get it done on time.

Should the focus be more on eradicating those hidden tasks with technology or better time management, or should it be on increasing the visibility of hidden work to higher ups?

First of all you want to understand what the work is and where it is. If you can’t see it, you can’t fix it. The next stage is bringing it back to the individual. The common question is, ‘is it more important to the business or to the individual to fix the hidden work problem?’ I was reading a book recently – not a new book – by David Allen; it focuses on the stress levels of individuals. So if, for instance, we’re assigning work or you’re not getting the work delivered, that’s the first stage of it and that’s really stressful. If you’re trying to work on something but the statistics show you can spend up to eight hours a week looking for information because it’s not presented to you in a clear way – that’s stressful in itself.

The next thing is when something is under scope, when you have to take on a task to do something that’s been assigned for a day, when realistically that task is going to take three days. That can be particularly stressful as well. A lot of it’s on the team or on the individual themselves, because if someone is stressed out or under pressure for deadlines and they feel they haven’t been given enough time to do it, they typically don’t work as well. There’s different levels of stress. You got your optimum level of stress, which is the one that keeps you focused and in the game, that can then drive you on a little bit of adrenaline. Then there’s chronic stress, where you’re heading towards burnout. It’s really focused on the individual.

What role can technology play in addressing the hidden work problem?

When we look at it we try and break it into four different blocks. It’s all about planning your work, understanding your process, having your visibility and then collaborating on that. There are multiple work management systems that are there to ultimately do the same thing, but we break it into those four bite-sized chunks.

So first of all, we sort of plan out what is it that we have to do, when do we have to do it, who is involved and how we kick this off.

The next stage is the process. The marketing team, for example, is a particularly detailed process – within the organisation that’s most cross-functional. [The goal is] having a particularly detailed understanding of that process so people can both find the work and not waste their time in meetings. Statistics show that up to 15 hours a week is spent in meetings that are a waste of time or don’t have a clear agenda.

The next thing, assuming we’ve got the planning piece done and we’ve got the process done, is the visibility. What’s going on? When is it happening? Do we have any constraints or road blocks down the line that we can alleviate now because we have that visibility? Not to beat the same drum, but imagine I’m planning an event six months out and something gets delayed, like getting a location or securing the speakers. Whether I understand that now when I’m six months out or when I’m three months out, it allows me to put the additional resources to the other tasks so we stick to our marks and deadlines. You’re not going to be able to move an event like that because you’ve already published the dates and you’re already working towards that date. You don’t want to have all hands on deck the night before because that just stresses people out. So we’re not focusing on what people enjoy and the good stuff, such as being excited about an event, we’re focusing on having everything done in advance.

The final piece is really simple, and probably the most effective part of it all – being able to collaborate back and forth. If I know that a colleague or a member of my team is working on something, I don’t want it to be lost in emails, I don’t want it to be lost sitting in Slack or WhatsApp. I want to be able to see a full activity log of the tasks that are important to me, what people have done before me and what’s coming back. That, as a whole, is how technology can solve that problem and drive productivity. Although, saying that, a piece of software is only as good as the information you put into it. A mantra that we stick by is, ‘if it’s not on Wrike, it doesn’t exist’. Wrike it down all the time.

What can marketers do on a personal level to start minimising negative impacts of hidden work?

There’s one thing I think is really important that came up in one of our customer success stories with Ogilvy. The team at Ogilvy are all about their process, so what was most important for them was the inflow of work. If you look at any marketing team, though it sounds simple, the difficulty is the number of requests coming though. You’ve got so many stakeholders that are involved and you’re trying to manage customer expectations – something leading the sales team here in Melbourne  – if you can harvest the information right the first time and you can get the information from the customer you can kick that project off.

What Ogilvy ended up doing was going straight from request to sign-off, and managing all of that in Wrike. The message form me here is remove that hidden work, make it simple, get the inflow of work right the first time by having a simple structure that everyone’s  invested in; because it’s easier to do that than it is to revert back to the alternative, which is sending a multitude of emails.

Previous Article
US Senate has questions for Facebook’s Libra cryptocurrency, Russia won’t legalise it
Next Article
How legacy retail brands are insulating from the direct-to-consumer trend