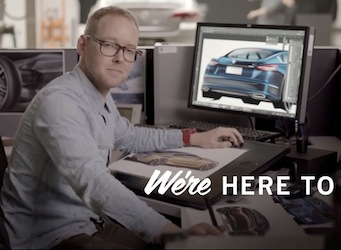 By Tony Jaques, senior research associate, RMIT University and principal of a private consulting company which specialises in issue and crisis management.

In the shadow of its worst ever annual sales figures – fewer than 28,000 Commodores sold in 2013 – Holden is persisting with an extraordinary advertising campaign to ‘explain’ its decision to cease car making in Australia by 2017.

Little more than a week after the shutdown announcement in December, Holden launched TV spots with the theme: ‘We’re here to stay’. But has Holden misread the situation and the public mood?

Coming so soon after Ford announced its planned withdrawal from Australian manufacturing from 2016, the Holden decision was sure to create even greater anger, with union leaders and politicians of all stripes weighing in.

In this volatile context, Holden chose a TV commercial to communicate its post-announcement plan. The advertisement doesn’t focus on great quality cars, but instead features a range of individuals, including customers, employees and sportspeople, standing by the Holden name. The voiceover states: “While in the future, we’ll no longer make cars in Australia, we’ll always be committed to making the best cars for Australia.”

It’s a strange claim and a stretch of credulity. By this argument you could say that Volvo, or Honda or Mitsubishi or any other overseas producer is making cars ‘for Australia’.

At the end of the ad, an individual seated at a design computer turns to the camera and says, “Because we’re here to stay”. Really?

Issue advertising – using paid messaging in the midst of a high profile public issue – is always risky, and it is much less common in Australia than in some other countries.

A high profile Australian example would be the Greenpeace advertisement placed in overseas newspapers in 2012 urging companies not to invest in Queensland coal to avoid damaging the Great Barrier Reef. Then Treasurer Wayne Swan called it “deplorable and obnoxious”.

Or more recently, Western Australia’s peak medical body used newspaper advertising in November 2013 to enter the debate about the use of cholesterol-lowering medication.

Industry also uses issue advertising. One of the best known recent examples would be the Australian mining industry’s advertising campaign against the Labor government’s proposed mining tax. But such successes are rare exceptions, and corporate issue campaigns are much more likely to fail, like the cigarette industry’s advertising effort against plain packaging.

One obvious reason, of course, is that advertising generally has limited credibility. For example, a study of 2,000 adults in the UK and US for the British company Alterian showed that only 5% of consumers trusted advertising, and only 8% believe ‘what the company says about itself’.

But there is no disagreement that successful advertising – including issue advertising – demands a clear understanding of the intended audience, a fully integrated strategic objective, and a simple, unambiguous message.

Certainly not the thousands of direct and indirect workers who will lose their jobs. And probably not the taxpayers, who will foot the bill for the A$100 million of government aid for manufacturing.

What’s the objective? To calm concern? To demonstrate a commitment to the market? To highlight that they propose to keep their global design studio in Australia?

Another alternative might be that it’s not issue advertising at all. Perhaps it’s a really clever marketing play to keep the Holden name alive at a time when consumers are voting with their wallets and avoiding the iconic Commodore.

But Holden itself dispels that option. According to the company’s own website the purpose is “to address the elephant in the room.”

Given the ‘elephant in the room’ is the announcement that Holden will cease manufacturing in Australia, it’s hard to argue an equivocal slogan such as ‘We’re here to stay’ can address the rather awkward reality.

Furthermore, why would Holden think paid advertising is the right tool to address such a contentious and highly political issue?

Finally, why do it at all? Ford made its withdrawal announcement in May 2013 and then stayed quiet. By contrast, Holden’s issue campaign can only serve to keep its decision in the forefront of public awareness with a message which, at the very least, is curiously ambivalent.

For Holden right now the best thing might be to deal with the local manufacturing issue behind closed doors, and leave paid advertising to promote its cars.