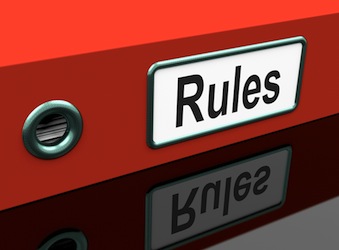 IAB Australia this week launched its Social Media Comment Moderation Guidelines to clear up confusion in the business community, but at the same time has created a debate by reaching a different conclusion as to the status of social comments to the Australian Association of National Advertisers (AANA), which has called the guidelines “irrelevant”.

The IAB’s Guidelines were designed to build upon guidance issued by the Australian Competition and Consumer Commission (ACCC), and also highlight the tools made available by the social media platform operators, identifies good business practice with respect to moderating user comments and provides general guidance around how to manage these conversations.

According to Samantha Yorke, director of regulatory affairs at IAB Australia there has been some confusion in the business community about how to manage user comments on social media platforms.

“After a careful analysis of existing laws and regulation and industry practice around social media IAB Australia has reached the view that user comments directed towards an organisation or social media platform, or to other users who are drawn to a particular organisation, do not constitute advertising,” Yorke says.

“There is a real risk that organisations who treat user comments as advertising will err on the side of caution and moderate user comments very conservatively, which will adversely impact their presence on social platforms and which arguably undermines the very spirit under which social media thrives,” says Yorke.

But the AANA, the organisation responsible for the advertising Codes that govern self-regulation of advertising in Australia, has described the IAB’s comments as irrelevant to brand owners and the operation of the self-regulatory system.

The AANA’s chief executive Sunita Gloster says, “The IAB is entitled to its opinion but the reality is that brand owners are committed to the principle that the spirit of the self-regulatory Codes must apply equally in both digital and traditional media. The IAB’s comments will have no bearing on brand owners’ commitment to abide by ASB judgements and the ASB will continue to adjudicate on consumer complaints according to the AANA Codes.”

In two recent determinations dealing with brand-owned Facebook pages, the Advertising Standards Board (ASB) reflected the AANA’s intent and stated:

“The Board considered that the Facebook site of an advertiser is a marketing communication tool over which the advertiser has a reasonable degree of control and that the site could be considered to draw the attention of a segment of the public to a product in a manner calculated to promote or oppose directly or indirectly that product. The Board determined that the provisions of the Code apply to an advertiser’s Facebook page. As a Facebook page can be used to engage with customers, the Board further considered that the Code applies to the content generated by the  page creator as well as material or comments posted by users or friends.”

“I repeat what we said in November when the AANA updated our practice notes,” Gloster says. “The reality is that irrespective of the ASB’s determination, any brand owner, who understands and wishes to manage reputational risk, should be adopting these practices. The community absolutely expects that brand owners should aspire to the same ethical standards in the digital space as they do in mainstream media.

“Also, the suggestion that the application of the Codes to social media will lead to brands vacating the social media space or inhibit dialogue is completely without foundation. Our members say it is business as usual. The reality is that brand owners who do not exercise reasonable care over what is posted and allowed to remain on their social media pages are hostage to fortune and such behaviour is simply anathema to sound brand management and good corporate governance,” says Gloster.

The AANA ‘best practice’ guidelines advise brand owners to monitor their social media sites in the hours immediately following a brand communication that is likely to elicit consumer responses and thereafter at least once every 24 hours during the normal working week. It also advises brand owners whose social media communities are likely to be particularly active at weekends and on public holidays to monitor periodically during these periods also.