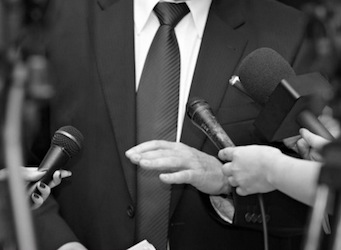 Australians currently hold the highest levels of trust in business in five years, according to the Edelman Trust Barometer, rising 11 points to 59% among the informed public, the highest result since the survey began in this market in 2009.

Here are the highlights, more detail below:

Australians now expect business to play a much bigger role around the debate and design of regulation, as 73% of informed publics believe government should not be working alone when setting policy.

Despite increasing confidence in business and its role in broader society, Australians largely want government to apply greater scrutiny on the private sector. According to the Barometer, almost half (47%) of informed publics claim the financial services industry does not have enough regulation, while 58% want increased regulation on the energy sector.

Michelle Hutton, CEO of Edelman Australia, says, “It has typically fallen under the remit of government to create the context for change. Today, people expect businesses to play a bigger role in shaping a positive future, trusting business to innovate, unite and deliver across borders, but as the Edelman Trust Barometer reveals, only under the watchful eye of government.

“CEOs must now go beyond their operational remit to become chief engagement officers, educating the public about the context in which their business operates.”

The Barometer also revealed that ownership type and where the company is headquartered were major influencers impacting trust in business. Australians show a preference for family-owned (76%) and small to medium-size enterprises (67%), trusting these types of businesses to do what is right. Less than half (42%) said the same of big business, demonstrating the continued support Australians show for local businesses.

“Last year, our new Prime Minister announced Australia was ‘open for business’ with the intent to rebuild trust among Australians and sustain confidence in business,” said Hutton. “While this year’s results paint a rosy picture for government and business, expectations are high – and as recent history has shown us, Australians have a low tolerance for leaders that fall short of what was promised.”

As trust in government plummets around the world, falling to 44%, Australia has challenged global trends with the election of the new Coalition government driving increased trust in the institution of government (up 13 points to 56%), according to results from the 2014 Edelman Trust Barometer.

About the Edelman Trust Barometer: The global study of 27,000 participants, now in its 14th year, examines the levels of trust across the institutions of government, business, NGOs and media in 27 countries. This year, Australian results reveal an average increase in trust across all four institutions, rising by eight points among the informed public to 58 points. However, the gap between Australia’s general public and informed public has widened with a 14-point gap. Average trust amongst the general population sits at 44%.

Tags:
Previous Article
“They’re coming back in droves”: Vodafone adamant it’s on the way back up
Next Article
Super Bowl preview – puppies, Muppets and Anna Kendrick