Called the Kogan Drone Broadband Network (DBN), it will leverage the power of unmanned aerial drones to deliver data.

The current Australian NBN rollout is going to cost an estimated $73 billion. A statement from Kogan says it became frustrated by the delays and cost blow-out associated with the NBN, so a team of engineers decided to take matters into their own hands.

As the name suggests, Kogan’s DBN will rely solely on drones to deliver “lightning fast” internet to data-loving Aussies, who don’t want to spend more than five minutes waiting for House of Cards or Game of Thrones to download. The Kogan DBN literally transports data from point to point faster than any series of tubes.

A source close to the project said, “We were going to make a cool video showing how the DBN works, but we wanted to deliver a broadband network on time and on budget, so we just made an image instead.”

Gaining access to the new DBN is simple, the company said in a statement. All users need is to have a portable hard drive ready for the drone to pick up. The drones are already in the air waiting… 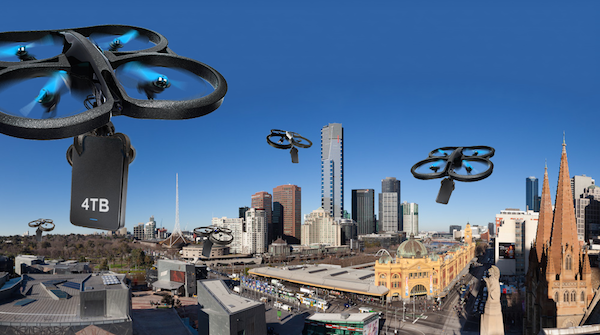