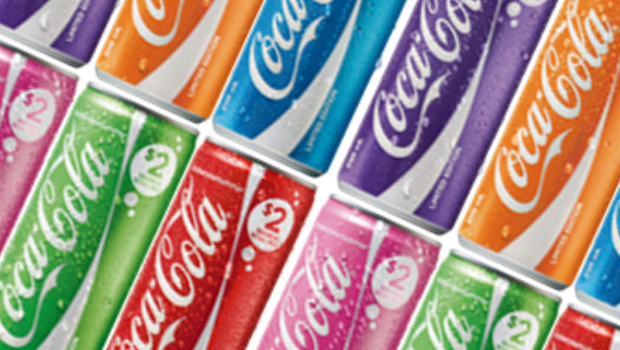 On face value, the concept of a company downsizing its product in order to increase sales may seem strange, but it’s a strategy that has resulted in commercial success for global soft drink giant, Coca-Cola.

In the face of a harsh economic climate and a world where people are increasingly conscious of the food and drink they consume, the move to buck the trend of offering super-sized products and downsizing to mini bottles is a smart marketing move.

It’s a strategy that has two major positives in its favour. First, it allows Coca-Cola to mark up the price of its product seamlessly. At a glance, it doesn’t look like much of a difference. On a cost-per-can basis, a mini can is cheaper than a regular can. However, the cans are different sizes, which obscures the mark-up. If measured on a cost-per-volume basis, the mini cans are about 42% more expensive. Mini cans cost about five US cents per ounce, as opposed to the 3.5 cents per ounce it costs when buying the larger cans, which makes the smaller packaged item a bigger profit turner for Coca-Cola.

Second, the smaller option gives consumers who are being more conscious about what they drink an alternative option to the regular size. Interestingly, the mini cans may even push customers to buy more.

Citing research conducted with Cornell Food and Brand Lab director, Brian Wansink, Just explained that participants who were told the food in front of them was ‘double-size’ left 10 times as much food on their plate as those who were told their serving was ‘regular,’ even though both plates had the exact same amount of food.

Similarly, participants who were served the same portions, labelled as ‘small,’ increased the amount they ate, believing they still had room for more.

“People, upon consuming [the mini cans], are either left wanting or feel they have done something virtuous by not consuming more,” said Just.

“If they are left wanting, they may be much more likely to move to a second can, which could be a bad thing for the consumer, but a good thing for Coke. If they feel they have done something virtuous, they might feel they have license to consume more elsewhere, and most often overcompensate,” he added.

It’s a strategy that’s clearly working for Coca-Cola, who last year lauded the success of the mini cans in a post on the company website. Since they were introduced in 2007, sales of mini cans have grown in the double digits. In North America alone, where soft drink sales are at a low point, sales of the mini cans grew by almost 20% in the first half of 2015.