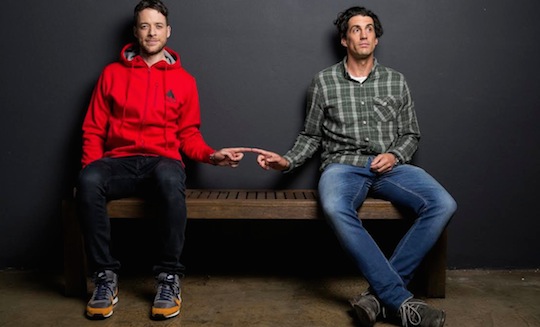 Comedy duo Hamish and Andy are back on daily radio as of today, returning to the drive slot on Southern Cross Austereo’s Today’s Hit Network (2Day in Sydney, Fox in Melbourne, Hit elsewhere).

SCA’s promotional campaign for the launch centres around Hamish and Andy officially returning on 13 July “but secretly a week earlier”, meaning today. We’re still trying to figure out what it’s all about. Will have to tune in at 4pm, I guess!

Eight sponsors are partnering with the Nine Network for its coverage of the 2015 Ashes cricket series. Returning sponsors Bet365, Swisse and Harvey Norman are joined by new sponsors NAB, Mercedes-Benz, Hungry Jack’s, Commander and Youi Insurance.

The series starts 8 July, and will be broadcast live on GEM.

Research conducted by video ad tech company Unruly had found a number of interesting viral video trends in Australia, including:

Unruly conducted the research while creating an algorithm to predict the virality of ads before they are launched, based on more than 100 variables.

In developing the product for Australia, Unruly was advised by Dr Karen Nelson-Field of the Ehrenberg-Bass Institute for Marketing Science, based at the University of South Australia. “Emotions are at the heart of good content, not just from a shareability perspective but the fact that emotional content cuts through the clutter and gets remembered – being remembered is vital for sales,” Nelson-Field says.

Unruly’s Australia and New Zealand MD Lance Traore says that the launch of Unruly ShareRank can help brands understand the building blocks of social success: “By constructing a localised set of data as to how consumers react to different emotional and brand stimuli, Unruly can help advertisers apply the science of sharing to their paid media campaigns.”

Christlieb joined BBC Worldwide ANZ in May 2012 as head of programming and production, becoming the head of channels in October 2013. He originally joined the ANZ team from London where he was BBC Worldwide head of scheduling for the Nordics and Italy for two years.

Previous Article
David and Goliath: Disrupting duopolies
Next Article
How to handle the ‘blame game’ when your website goes down