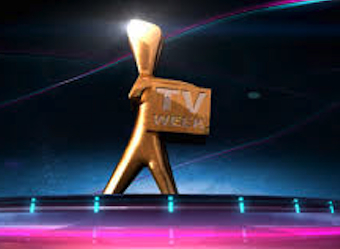 PR agency Weber Shandwick has released insights into the changing habits of journalists in a report titled ‘The Digital Life of Journalists in Asia Pacific’.

Bauer Media has announced it will launch a new fortnightly magazine dedicated to television and its stars to complement its popular weekly TV Week.

The TV Week team says it will produce the new magazine, TV Week Soap Extra, in response to extensive consumer research that found “a gap in the market for a contemporary, quality, professional and comprehensive magazine” covering television soaps and dramas.

With a history of more than 55 years, the TV Week brand includes print and digital magazines, mobile and social engagement, websites and events such as the TV Week Logie Awards.

The new TV Week Soap Extra would feature 68 pages packed with the hottest plot teasers and first-look information of some of the popular local and international shows on Australian television screens.

The new magazine will also be incorporated into the TV Week website and its new mobile application.

Bauer Media weekly magazines publisher Jayne Ferguson said: “The TV Week brand continues to go from strength-to-strength and connects with more Australians across multiple platforms than ever before. For advertisers, the opportunity to connect with Australians’ passion for television and celebrity entertainment has never been greater.”

“Neale is one of the best in his field. He is highly respected in the industry with an incredibly strong home and design background and extensive media experience. This is a wonderful coup for News and builds on our solid stable of high-profile editors.”

Whitaker’s more than 20 years in interior design and food publishing have included editing Marieclaire Lifestyle, Vogue Entertaining + Travel and Delicious. He is also a judge on television series The Block.

Whitaker said: “I’m excited to be returning to Vogue, one of the world’s most powerful media brands. Interest in all aspects of interior design, decoration and homemaking has never been stronger and it’s a perfect time to explore the unlimited power for Vogue Living across all media platforms, while speaking to the widest-possible audience through the newspapers.”

Bauer Media specialist division publisher Brendon Hill said the company would announce a replacement at Belle in the near future.

“For the past eight years, Whitaker’s unwavering commitment towards his team and the Belle brand has seen the magazine increase to eight issues per year and record unprecedented circulation; growing by a resounding 55% over the past five years,” he said.

Previous Article
Most popular stories of the week: Brands on Snapchat, Nike vs Adidas, Greenpeace
Next Article
How Audi increased test drives by 28% with its first ever Australian-made campaign