Mobile ad impressions grew 156% year on year in the first quarter of 2012, as iOS continues to surge ahead to occupy three of the top five devices by share of impressions.

iOS devices continue to dominate the market, according to a report from mobile ad network InMobi, with the iPhone, iPod and, for the first time the iPad, sitting in the top five devices based on their share of ad impressions served across mobile devices. The release of the new iPad has been a driving force in lifting iOS’ share, the report says, providing a boost of new sales as well lowering the price of the iPad 2.

According to general manager of InMobi Australia and New Zealand, Francisco Cordero, tablet usage is starting to impact significantly on the number of ads served and is only expected to increase. “In the US and UK, Apple iPads sit in third and second place, so following the global trend we expect to see a continued growth in tablets in Australia this year,” Cordero says.

Overall iOS commands 54% of the impressions across InMobi’s ad network, an increase of 19% on the first quarter of 2011. Android follows in second place with 24% of impressions, but has fallen further behind Apple devices over the past quarter, while Blackberry’s RIM operating system ranks third with 11% of impressions and Nokia’s Symbian fifth with 5%.

The report reveals that Nokia lost significant share over the past twelve months, falling from second position in the first quarter of 2011 to fourth position in the same period of 2012.

Samsung’s Galaxy S generated the highest number of impressions from a non-Apple device, capturing 5% of share, while the Blackberry 9700 made up the top five, collecting 4% of impressions. 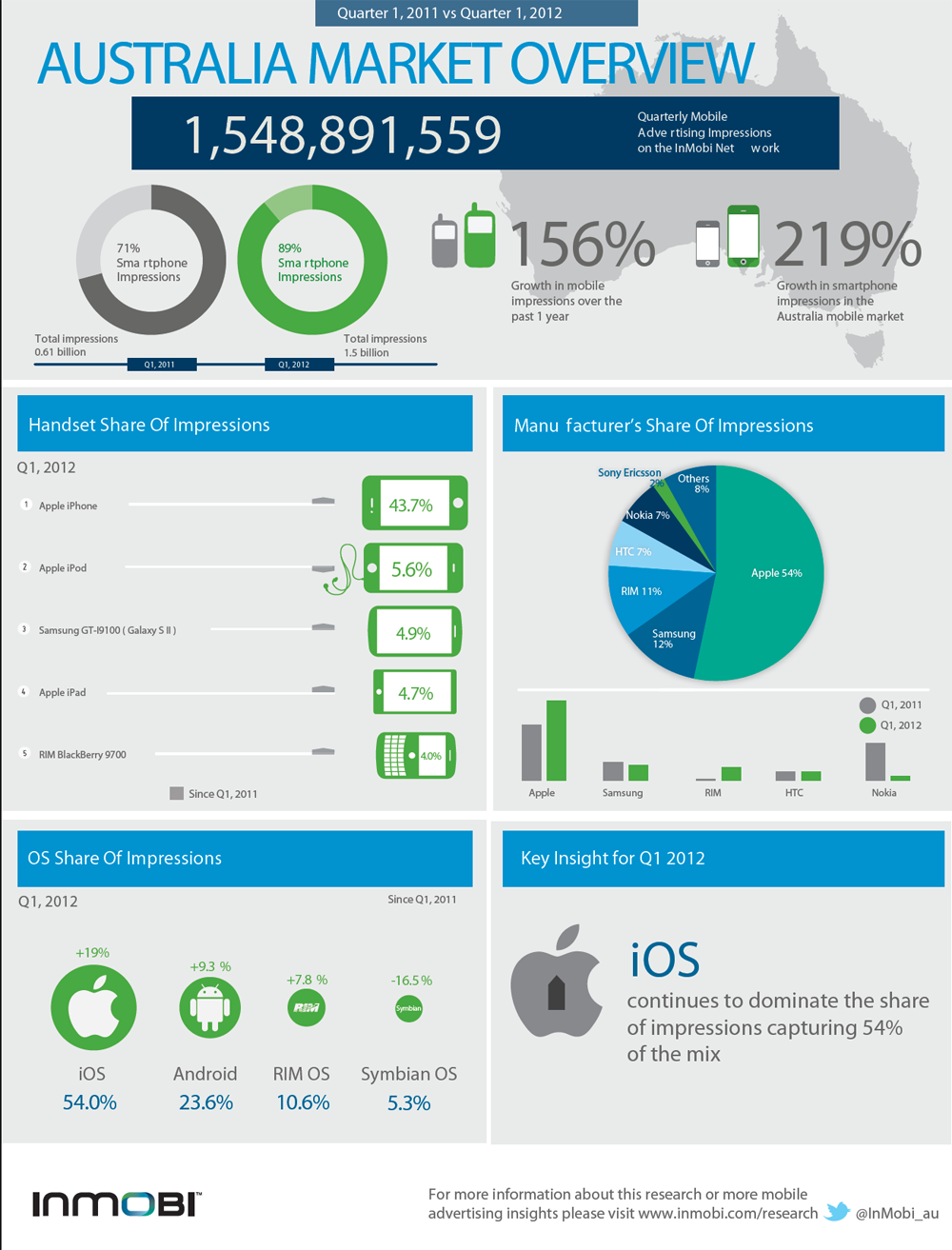