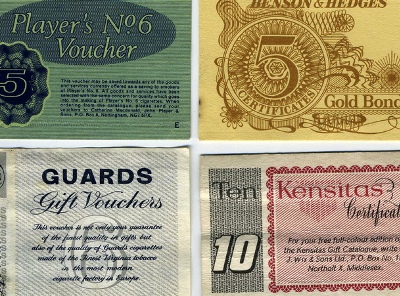 This article first appeared in the May 2011 issue of Marketing magazine.

It seems mobile coupons are finally coming of age. While there have been many early adaptors and technology solutions waiting for a market for quite some time, the last six months have seen an incredible increase in brands embracing the full mobile voucher (coupon) opportunity. As early as 2005, I saw the first very crude attempts to use SMS coupons: redeemed via a cash register and point of sale (POS) terminal using a series of jerry rigged register keys counting coupons presented and POS terminals fashioned to fit coupons into a gift card type model. Irrespective of the success, mobile coupons have struggled to gain traction because the redemption tracking was challenging and disruptive to the checkout process.

Coupons with notional value where viral distribution is part of the campaign mechanic required little or no closed loop processing. But vouchers with cash values and those used to represent significant value goods presented challenges if systems weren’t integrated to prevent multiple use. Not only were the processes and use of electronic devices at the checkout a challenge, but the scanning of coupons on mobiles was not the most reliable process!

As early as 2004, Mobilize Systems in the UK launched its ‘Shop, Scan, Save’ program, which was one of the first closed loop mobile coupon redemption systems utilising hardware at POS to scan or enter the barcode and validate the coupon.

Today, there are a number of organisations building very sophisticated systems to provide a comprehensive closed loop mobile coupon ecosystem. It’s logical that the POS terminal be the key to the redemption that has been the endeavour of many SMS-based systems since 2004/5. But, in reality, it’s been the last 12 months where consumer acceptance, retailers’ systems and agency understanding have all aligned to see new and exciting programs coming into the market.

The Starbucks mobile payment initiative and the Target text alert mobile coupon platform come from two very high profile retailers that have taken the time to understand the medium and created programs that win the hearts and minds of consumers. Interestingly, two years ago these kinds of initiatives in Australia saw average results and were met with roadblocks and disappointing adoption rates. Most of the performance disappointments were due to poor planning, poor execution and the disconnected worlds of IT techos and agency creative people simply not meeting anywhere close to the middle.

If you’ve ever tried, considered, dabbled, explored or even dismissed mobile coupons in the past, then think again; the time has arrived and the early adoption teething problems have been solved. From the scanning through to redemption tracking, mobile coupon platforms are sophisticated and emerging from all kinds of organisations. Some of the more interesting ones are now even integrating high-end CRM (customer relationship management) systems and applying behavioural monitoring and pre-emptive shopping tools. Even more interesting, is that this new breed of retail coupon champions is not from the geek/tech world, and is not from highly creative and abstract agency land, but fits somewhere in the middle with strong retail forensic skills and systems that support their strategy.

To help get back on focus with mobile coupons, here is a collection of facts and figures, along with a discussion and relevancy for our market. Remember always with mobile stats, it’s important to appreciate their context in terms of geography, as markets like the UK and the US have very different influences and usage patterns:

This raises such an important point and one where I am constantly frustrated when I go and talk to many agencies and promotional firms. ‘Mobile’ is not the channel. Talking ‘mobile’ is like referring to computers or PCs as the online channel. PCs are not the channel, they are simply the conduit or the carrier for channels such as email and web. Similarly, you must not refer to ‘mobile’ as a channel; it is simply the end point for messaging, coupons, mobile web, web apps, push messaging, apps and social media applications etc. Messaging and mobile web alone are two very distinct channels that require different strategies, have different drivers and sensitivities and, above all, deliver very different results.

I usually talk about the eight or so distinct digital channels that organisations need to deal with – all of which have their own idiosyncrasies and nuances to get working effectively. These include web, email, mobile web, messaging, coupons, mobile applications, Twitter, Facebook and Four Square.

I have seen some Australian campaigns that have had well over 50 percent redemption rates and, with well-planned campaigns that continue the mobile engagement, it can drive upwards of 70 percent redemption on secondary offers. This kind of re-engagement relies heavily on integrated redemptions systems; being able to send a follow-up SMS thanking the consumer for their redemption and inviting them to a follow-up action to gain further benefit. And why wouldn’t you try and re-engage with a willing consumer? It seems obvious, but fewer than 10 percent of most coupon or messaging campaigns have ever considered the post-redemption strategy. Ridiculous, isn’t it? There you have at the counter an engaged consumer using their mobile and you fail to send the next call to action masked as a ‘thank you’.

As a consumer, get ready to start moving the plastic from the wallet to a mobile website or application. There are now three airlines that issue their frequent traveller cards as images to the mobile. There are many supermarkets driving their loyal customers back with very aggressive specials delivered regularly via mobile messaging. And, almost as crazy as the group buying sites and services, the number of third party mobile coupon aggregators and operators is set to grow, but a new breed that understands processes, POS and gateways will create a unified offering.