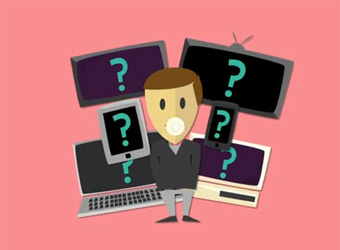 Watchers of TV and other video content continue to approach multi-screen viewing with a lean-back mentality, leaving them wide open to the influence of social media and marketing.

When it comes to non-broadcast content, such as on-demand or online video, only three in ten viewers browse through available content, according to a report from Screen Australia. The other seven in ten head for a specific title that they’ve heard about on social networks or has been well marketed.

While social media buzz was credited as one of the key motivators behind content choice, consumers appreciate the value of marketing in directing them to content with 41% of online viewers claiming ads or trailers at the cinema, on TV or outdoor are often an influence on their decision.

Most online viewers use the web as a complementary content source, not as a replacement, the study conducted by Auspoll found. 57% say they watch more TV now than five years ago because of the internet, while more than one in five use catch-up services.

Strategy and research manager at Screen Australia Matthew Deaner says free-to-air networks’ on-demand services will play a key role in driving online viewing as the market matures. “The moves taken by the biggest media companies into emerging markets online are what potentially set the trends for audiences. It’s important for the industry to understand the broadcasters programming strategies and what’s on offer in the online space.”

The study also found that motivators of viewing choice were driven by a host of factors attached to either the platform or the content. When the platform is most important viewers are happy to watch whatever happens to be available, as their main motivation is the general experience. When content rules the film or program on the screen is what matters – in these cases viewers are more likely to be motivated by the buzz around the content, the story or the stars.