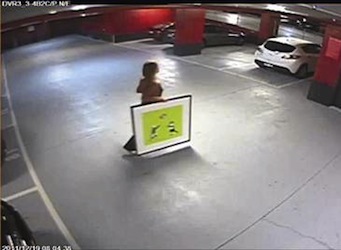 The Association for Data-driven Marketing and Advertising bestowed awards for the 34th year on agencies and individuals judged best in accountable marketing, rewarding campaigns that combine innovative strategy and exceptional creativity to deliver outstanding results for clients.

Personal achievement is also recognised through the ADMA Awards for Excellence. Telstra CMO Mark Buckman was named Marketer of the Year who has reinvigorated the Telstra brand since taking on the role in March 2011, after doing the same for the Commonwealth Bank in his five-year role there. “Mark is outstanding and known for his game-changing strategies, for his progressive thinking outside the square and for the rigour and structure he puts into campaigns. He pushes the envelope in marketing,” says ADMA CEO Jodie Sangster.

“He has worked for two of the biggest brands in this country and moved the needle in terms of what these brands stand for and how they approach consumers now.”

The title of ADMA Young Marketer of the Year was bestowed upon Maura Tuohy, digital strategist at MercerBell, who was lauded for her innovative strategies to launch a diverse range of clients into social media.

The Lester Wunderman Effectiveness Award went to George Patterson Y&R Sydney for its ‘Signed Finds’ campaign for St Vincent de Paul Society, while the David Ogilvy Creative Award was taken home by M&C Saatchi/Mark for ‘Build with Chrome’ for Google Australia, which also took out three Gold Awards among the agency’s haul of 17 gongs.

A total of only 15 Gold Awards were handed out this year, even though a record number of entries were received. Gold winners by category were:

Charity and Not for Profit

Creative Use of Technology