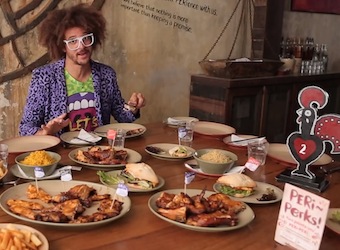 Nando’s Australia today announced that marketing director, Kim Russell, will leave the company, as it moves the head marketing position to its Melbourne office.

Russell led the rollout of the Peri-Perks Loyalty program, including the acquisition campaigns starring Katy Perry and Redfoo, as well as the brand’s ‘Eat Interesting’ campaign.

The chicken chain says it made the decision to move the role of marketing director to its central support office based in Melbourne to improve integration of large initiatives within the broader business. Russell chose to remain close to family in New South Wales.

Managing director Craig Mason says, “Kim has been instrumental in transforming Nando’s Australia into what it is today, having led many successful Nando’s marketing campaigns including our ‘Eat Interesting’ campaign, and the launch and rollout of the Peri-Perks Loyalty program, including the acquisition campaigns involving global superstars Katy Perry and Redfoo”.

“We thank Kim for her significant contribution to the business and wish her well in her future endeavours.”

Russell will finish up on 17 December 2013. A replacement will be announced in due course.