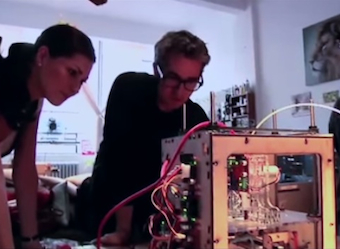 “Everybody thought home computers were a really really cool thing that only nerdy people were ever going to be into. 3D printers are on that same kind of arc.”

So starts the film trailor for the new Print The Legend documentary film, to be released exclusively through US-based streaming service Netflix this month.

Netflix acquired the exclusive rights to the film after it premiered at South By Southwest (SXSW) festival in March.

According to Variety, Netflix has acquired a string of documentaries including:

Rumours continue to circulate about a potential Netflix entry into Australia. The Age reported last week that the streaming service had secured the Australian streaming rights to the new Warner Bros series Gotham – suggesting Netflix could officially enter Australia in 2015.

The company has made no official statement on the matter.

Many Australians are already using Netflix by unlocking location restrictions.