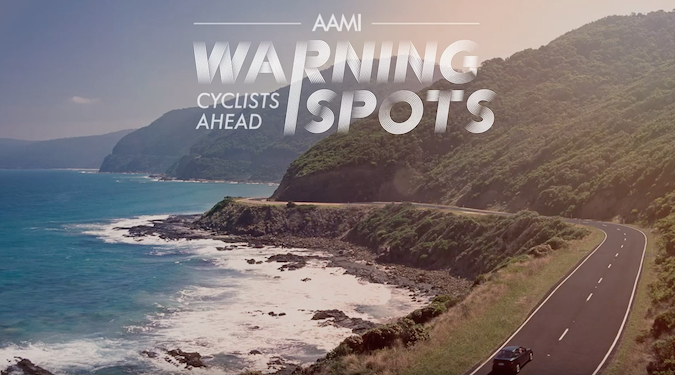 Across the Labour Day long weekend in Victoria, drivers enjoying their music through Spotify’s free service would have heard their ads swapped for warnings for impending road hazards – followed by the famous AAMI jingle.

“By using sophisticated geo-targeting capabilities, AAMI was able to serve bespoke ads to Spotify listeners in precise locations, warning them of the specific dangers ahead.”

“We were excited to work with AAMI on its initiative to make the roads a safer place. The campaign made great use of geo-targeted, audio creative that we hope will continue to resonate with drivers going forward,” says Matt Bryant, ANZ creative strategist for Spotify.

In addition to geo-targeting, the ads were also deployed with frequency capping to avoid re-playing to locals. Different versions of the ‘Warning Spots’ messages also played as listeners approached trigger locations, served only as audio ads as to not distract drivers.

“Road Safety is at the heart of everything AAMI stands for. And road trips, especially on a long weekend, are a major part of what it means to be Australian,” says David Ponce de Leon, ECD, Ogilvy Melbourne.

“We were thrilled to be able to partner with the Spotify platform in such an innovative way that helped to keep Australians safe on our roads.”