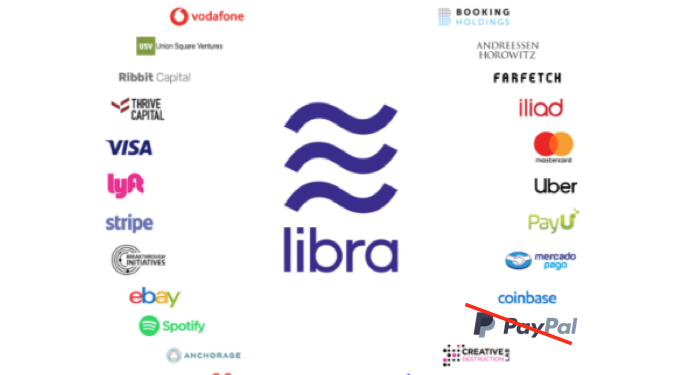 PayPal’s withdrawal from Facebook’s Libra project shows a “lack of commitment” to the mission of revolutionised finance, according to the Libra Association.

Last week PayPal became the first company to withdraw from the Libra Association, a not-for-profit organisation set up by Facebook to introduce a standardised global cryptocurrency.

According to a report in the Financial Times, PayPal has been taking steps to distance itself from the Libra project for some time. Since Facebook announced the initiative in June, the Financial Times reports that PayPal has been concerned over the lack of attention Facebook executives have paid to Libra’s strong negative public reaction. PayPal also reportedly did not attend a meeting in Washington regarding Libra.

The news arrives as Libra faces scrutiny from lawmakers around the world, many of them sceptical of a global financial system run by corporate entities and founded by Facebook.

Notably, in the US, President Donald Trump has predicted that Libra will have “little standing or dependability.”

“If Facebook and other companies want to become a bank, they must seek a new Banking Charter and become subject to all Banking Regulations, just like other Banks, both National and International.”

The Libra Association was first announced as a governing body for the Libra cryptocurrency, consisting of 28 – now 27 – founding members including Mastercard, Uber, ebay and Spotify.

“We remain supportive of Libra’s aspirations and look forward to continued dialogue on ways to work together in the future,” says PayPal in a statement. “Facebook has been a longstanding and valued strategic partner to PayPal, and we will continue to partner with and support Facebook in various capacities.”

“It requires a certain boldness and fortitude to take on an endeavour as ambitious as Libra,” says Dante Disparte, head of policy and communications at the Libra Association, “a generational opportunity to get things right and improve financial inclusion.”

“The journey will be long and challenging. The type of change that will reconfigure the financial system to be tilted towards people, not the institutions serving them, will be hard.

“Commitment to that mission is more important to us than anything else. We’re better off knowing about this lack of commitment now, rather than later.”

The Libra Association will hold its first council meeting on 14 October, with further updates expected after the meeting. According to Disparte, 1500 entities have indicated “enthusiastic interest” to participate in the Association.

According to a Wall Street Journal report, Mastercard, Visa and Stripe are also considering a withdrawal from the Association. With Facebook still on shaky grounds following its myriad privacy-based controversies, Libra has also been accused of potentially enabling a new kind of digital currency laundering.

All caught up with the chronicles of Libra?