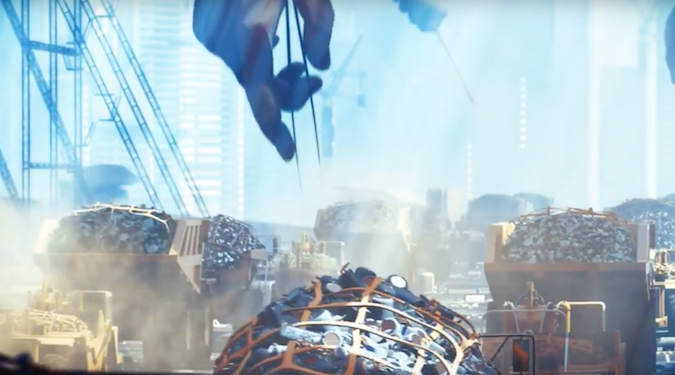 Sustainability Victoria has launched its new campaign informing Victorians of the proper ways to dispose of electronic devices.

The campaign arrives in anticipation of the statewide legislation active 1 July next year, banning the disposal of electronic waste (e-waste) in conventional rubbish bins and landfills. ‘Take your e-waste to a better place’ launches with a one minute TVC by Melbourne based Iconic Agency, being distributed across TV, cinema, digital, OOH, press and PR over the next 12 months.

“The campaign’s key creative challenge was that most people couldn’t tell you what e-waste is, let alone how to dispose of it correctly,” says creative director at Iconic Agency, Rod Clausen. “Our goal, was to show the journey of e-waste in a fresh and completely different way.”

The TVC is an three-dimensional Pixar inspired animation seeing three children travelling inside a smartphone to discover the recycling capabilities of electronic components that are typically thrown out.

Campaign adviser for Sustainability Victoria’s social change and engagement department, Rennae Christensen says “Icon Agency’s vision for this campaign has led to the creation of a unique and innovative campaign to educate Victorians about the value of recycling e-waste.

“We are excited to be delivering a campaign that starts the conversation about the largest growing waste stream in Australia in an entertaining and informative way.”

The animation was produced by New Zealand based production house, Cirkus. Sustainability Victoria says the animation is designed to help the Victorian public see the positive value in recycling old electrical devices.

Icon Agency group account director, Hazel Tiernan says the issue of e-waste will be a critical one for Australians, “The Victorian Government is investing $16.5 million to upgrade e-waste recycling centres at transfer stations so that by next year we will be able to recycle and process all types of e-waste in Australia.

“This is all about changing behaviours, and laying the groundwork leading up to the 2019 e-waste ban. Instead of throwing our old electrics in the bin, we’ll need to take our e-waste to one of many e-waste recycling centres across the state.”

According the Sustainability Victoria, every year 1.5 million televisions are discarded and over five million mobile phones are bought new. As a result, approximately 70% of toxic chemicals found in landfill come from e-waste.

Ed Bechervaise, creative director for Iconic Agency concludes, “We want to use imagination to inspire behaviour change for communities, families and children, to make people feel something profound, and build a belief that there is much more to their old electronics.”